Cinnamon Roll Apple Cobbler is that one dish that has all of the flavors of fall that you crave. Add a scoop of ice cream and you’re in for a real treat!

Yesterday the heat index reached 102 here in south Alabama. This isn’t anything abnormal here, as it really doesn’t get truly cold until January, but with all of these visions of pumpkins and all-things-fall floating around in my head, I can’t help but be a bit disappointed when I step outside and it isn’t sweater weather yet. 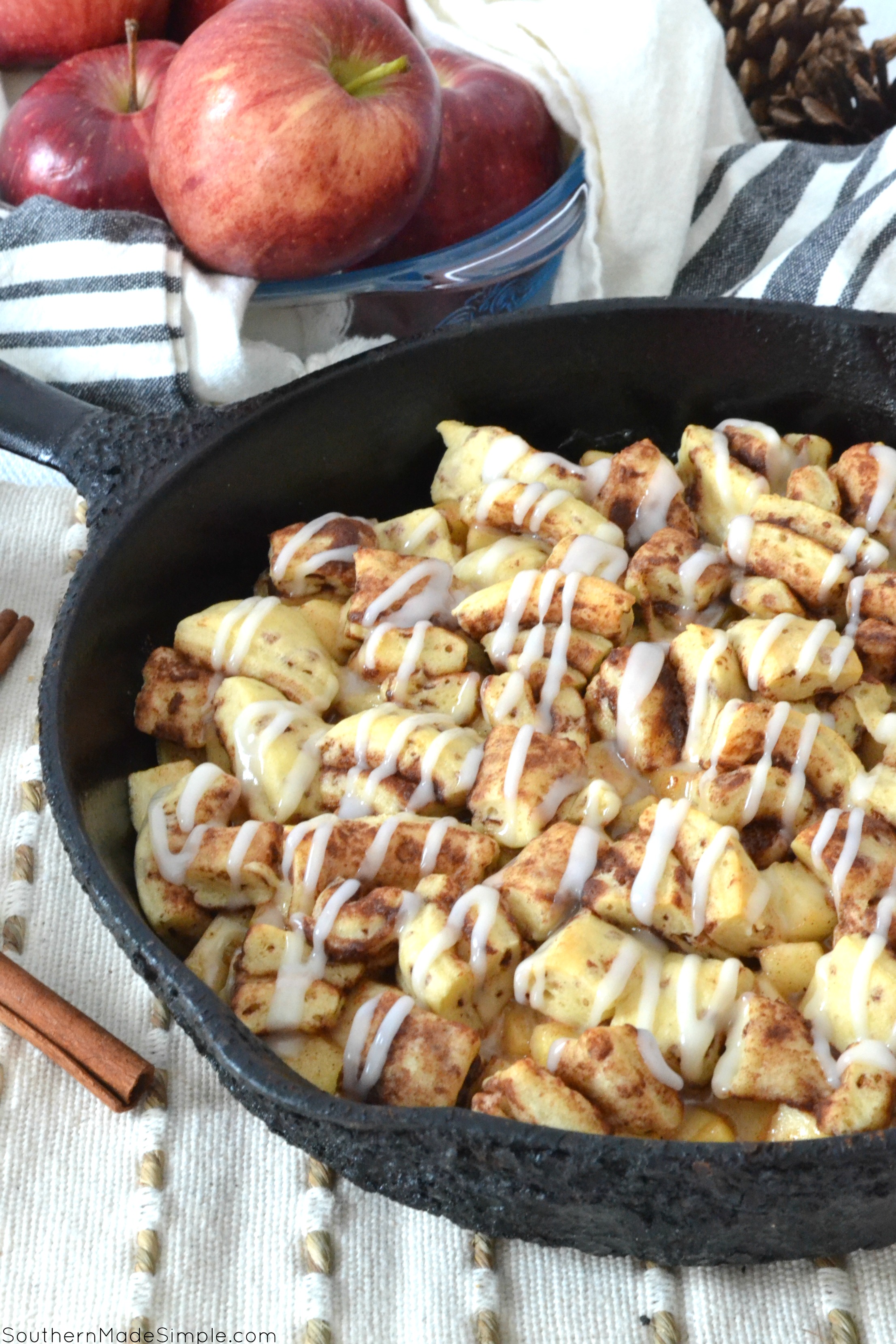 But in a strange turn of events this morning, I stepped outside to take my oldest daughter to school, dressed in my usual summer attire of gym shorts and a t-shirt, and I was struck by a nip in the air that almost had me turning around to go back inside to change into long pants. It was bizarre, but also really really exciting!

So, naturally my mind starts spinning once again with creating a dish that has all of the comfort-filled flavors of the season that make my heart fall in love with Autumn all over again each year. 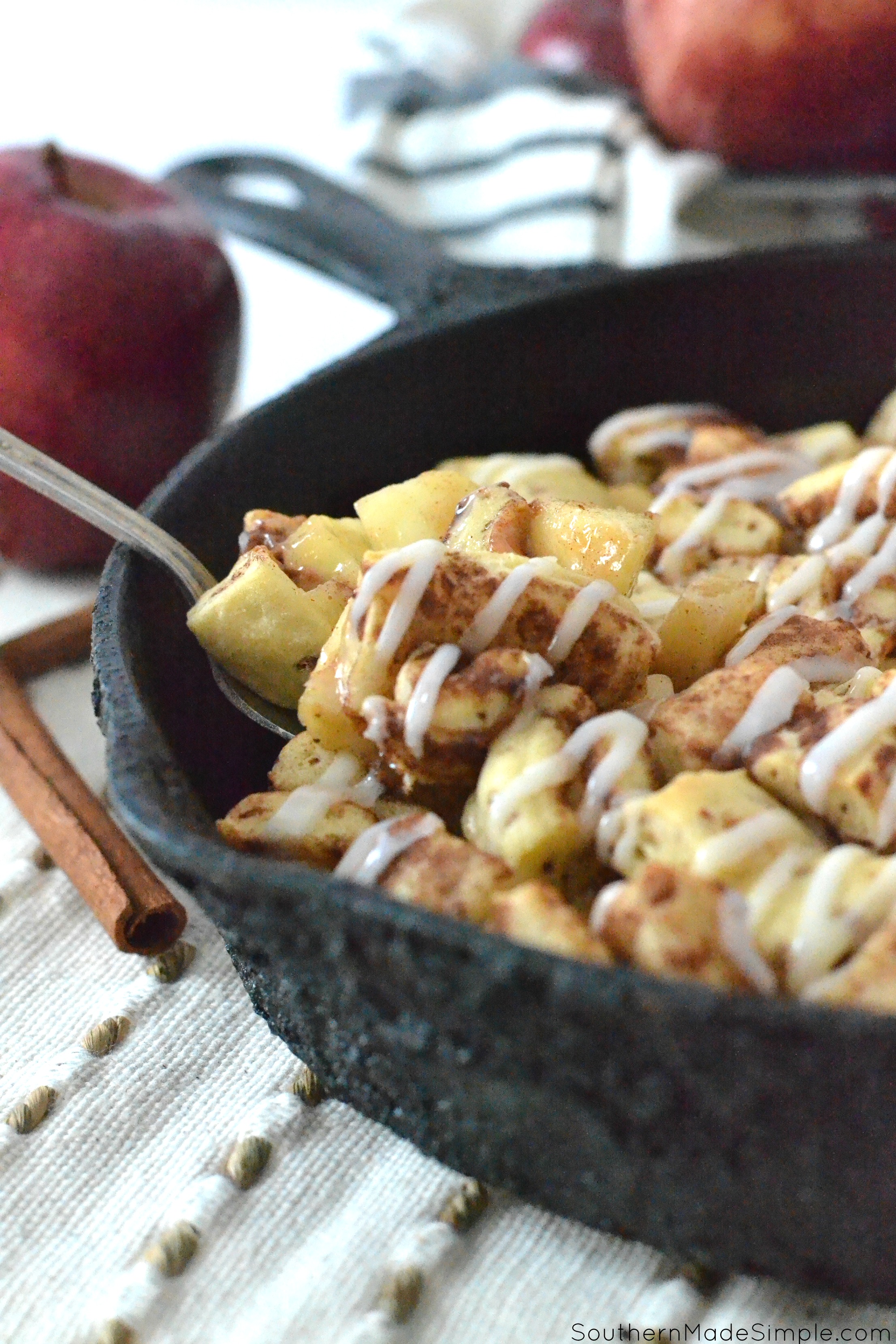 Say hello to the latest craze to sweep over the Tucker household: 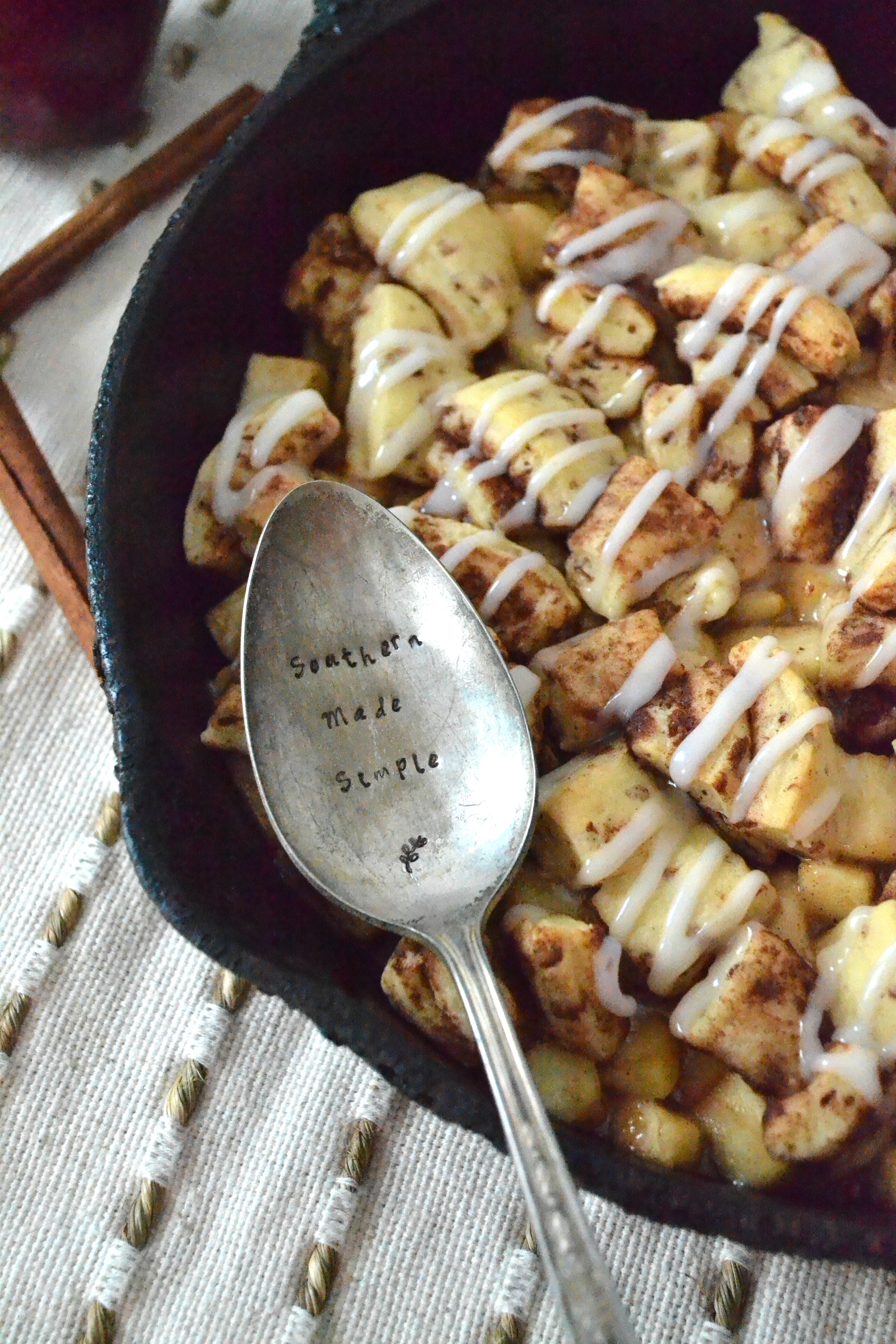 To celebrate such a glorious dish during such a glorious occasion, I reached for my new hand stamped custom made spoon from Southern Stamped Co. Isn’t is just lovely? It was just the thing to take this dish over the top – Southern Made Simple Style! 😉 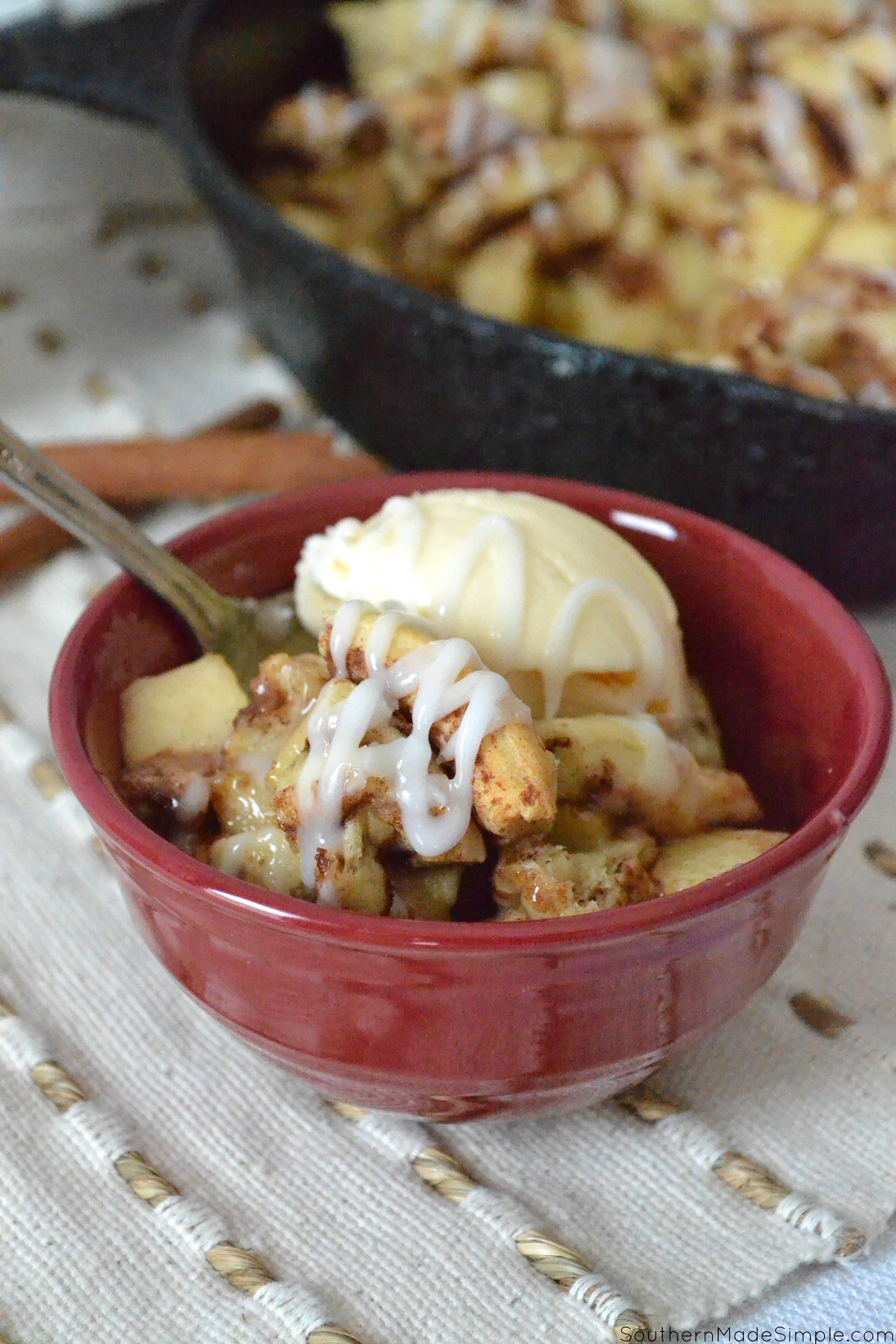 To make this dish, you simply stew apples with a little lemon juice, spices, sugar and water until tender. Pour the mixture into an iron skillet and top with chopped up pieces of refrigerated cinnamon rolls. Bake until rolls are done, then drizzle with icing and serve with a scoop of vanilla ice cream. Have mercy, y’all. Have mercy! 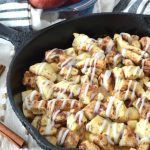 This cobbler is perfect for an indulgent weekend breakfast, or to serve as dessert after a meal! You’ll be glad you saved room for seconds when this Cinnamon Roll Apple Cobble is on the menu – trust me! 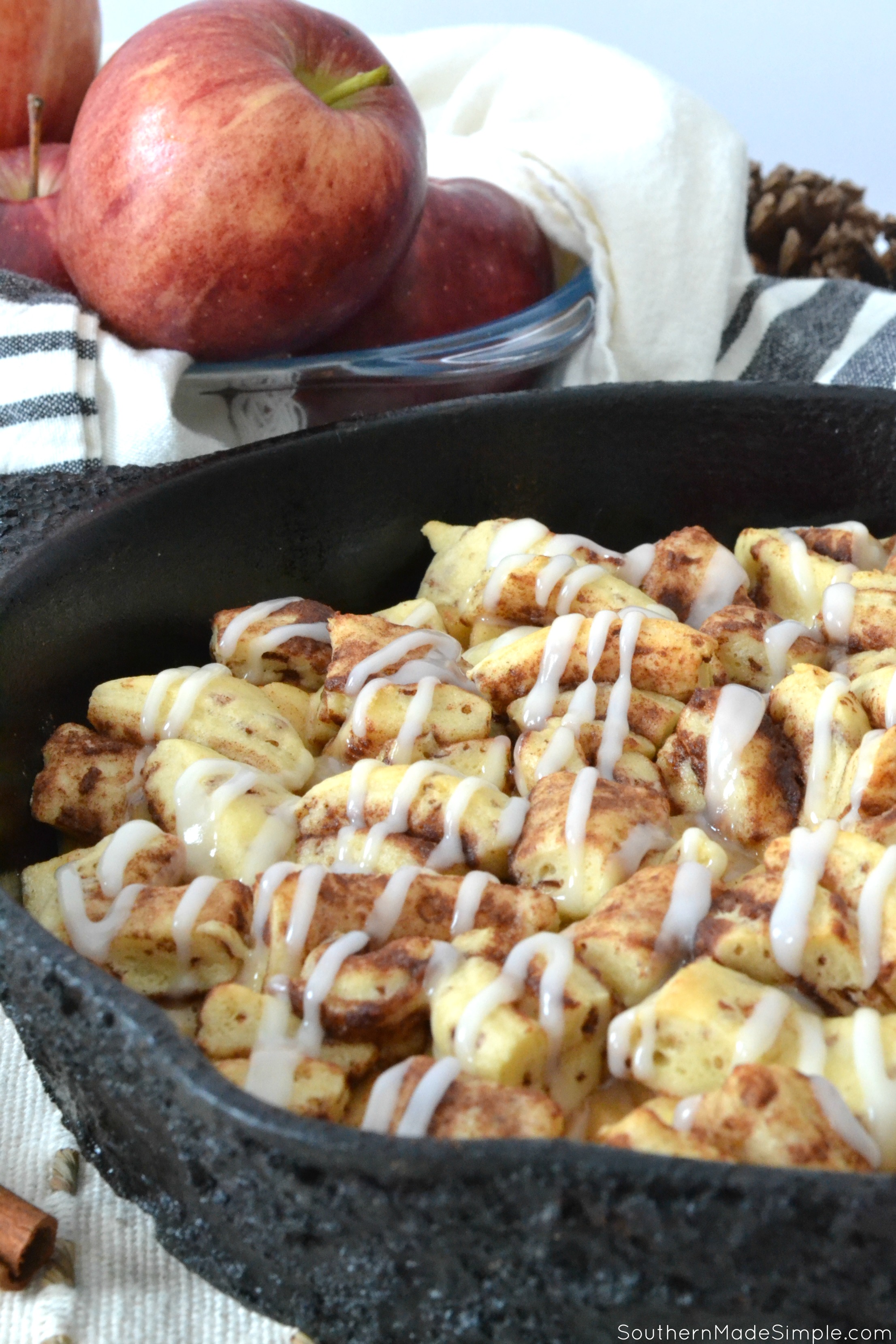 If you like this recipe, be sure to check out these other fun recipes found right here on Southern Made Simple!