Earlier this afternoon, my darling little girl took an incredibly long nap after going several days of not napping great at all. She knows just what Mommy needs sometimes! So I had some time to myself to really get into my element and get my creative juices flowing in the kitchen. Time in the kitchen without interruption (or a toddler trying her hardest to pull your pants down and/or digging things out of the trash can) is as valuable as gold to me. I don’t have the time to cook things from scratch nearly as often as I’d like to, so I consider it a real treat when I get to do it.

I started plundering through the pantry and refrigerator trying to scope out some things that were quickly approaching their expiration date. I had a sack of red potatoes that was starting to look a little pitiful, plus some spinach in the fridge that was looking pretty droopy and sad. I also spotted a half empty carton of heavy cream, so I knew I could definitely make a spinach alfredo sauce..but could that possibly be good with potatoes? 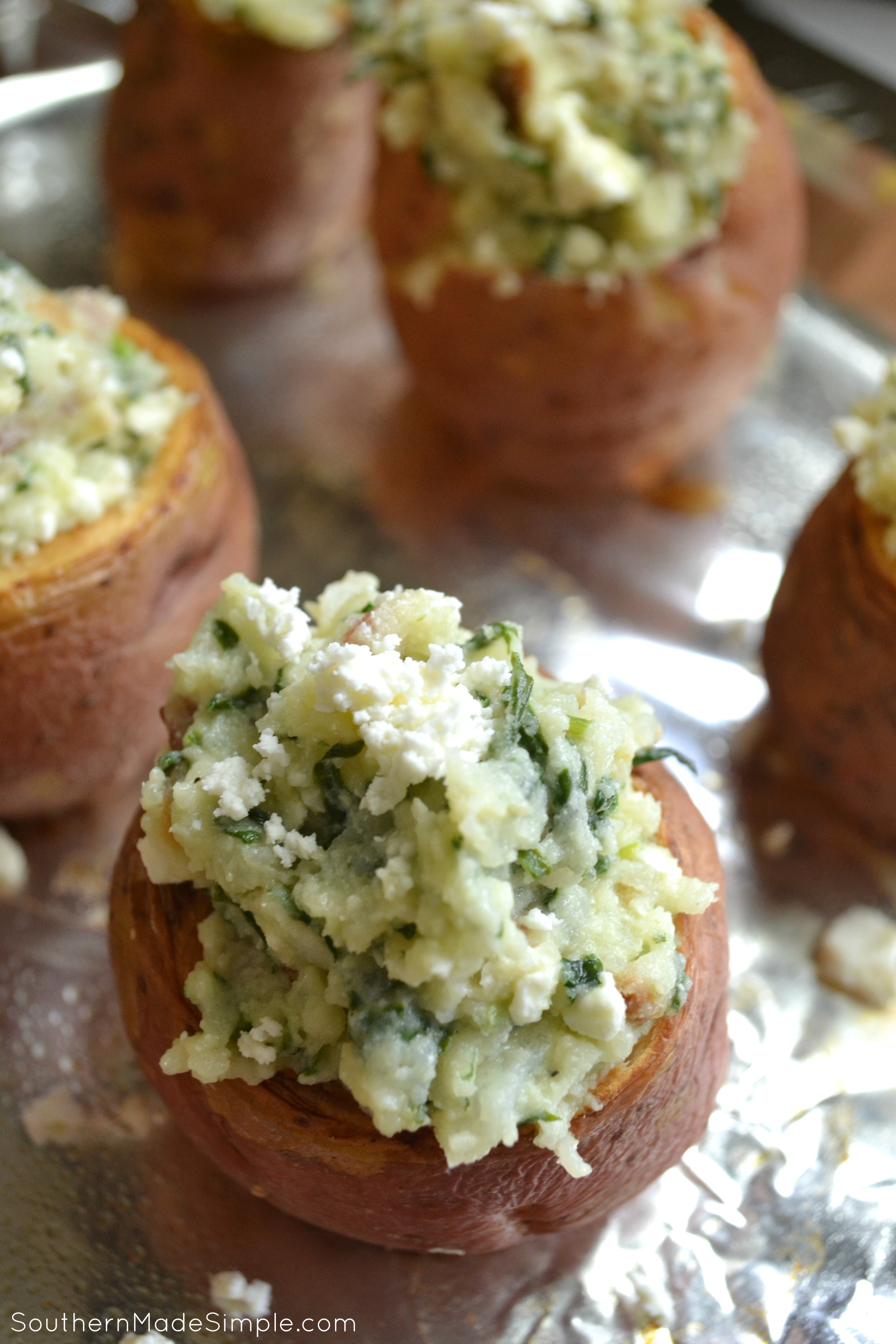 So I did a little experimenting and came to this glorious conclusion: Yes. The answer to that question is 10,000 times YES! I tend to only think of alfredo being used on pasta or pizza, but sometimes you just have to break down the barriers of what you already know and try something new and unexpected! I don’t mean to toot my horn here, but I think I hit this one out of the park.

First, I washed each of the potatoes and dried them off. I cut a small portion of the bottom off of each potato so that they could sit upright and not roll around in the oven while they cook. I placed them on a foil-lined baking sheet and let them cook at 450F for about 40-45 minutes.

Once the potatoes had cooled down enough to touch, I hollowed them out using a spoon and put the potato insides in a bowl. I only hollowed them out a little more than halfway because the skins of potatoes are so thin, and I really needed them to stand upright when baking. I then sprinkled a smidge of salt into each potato. Next time I think I’ll go for a more course sea salt over regular table salt. The sea salt would really add a nicer flavor and texture, so if you have it in your pantry I’d definitely spring for that! 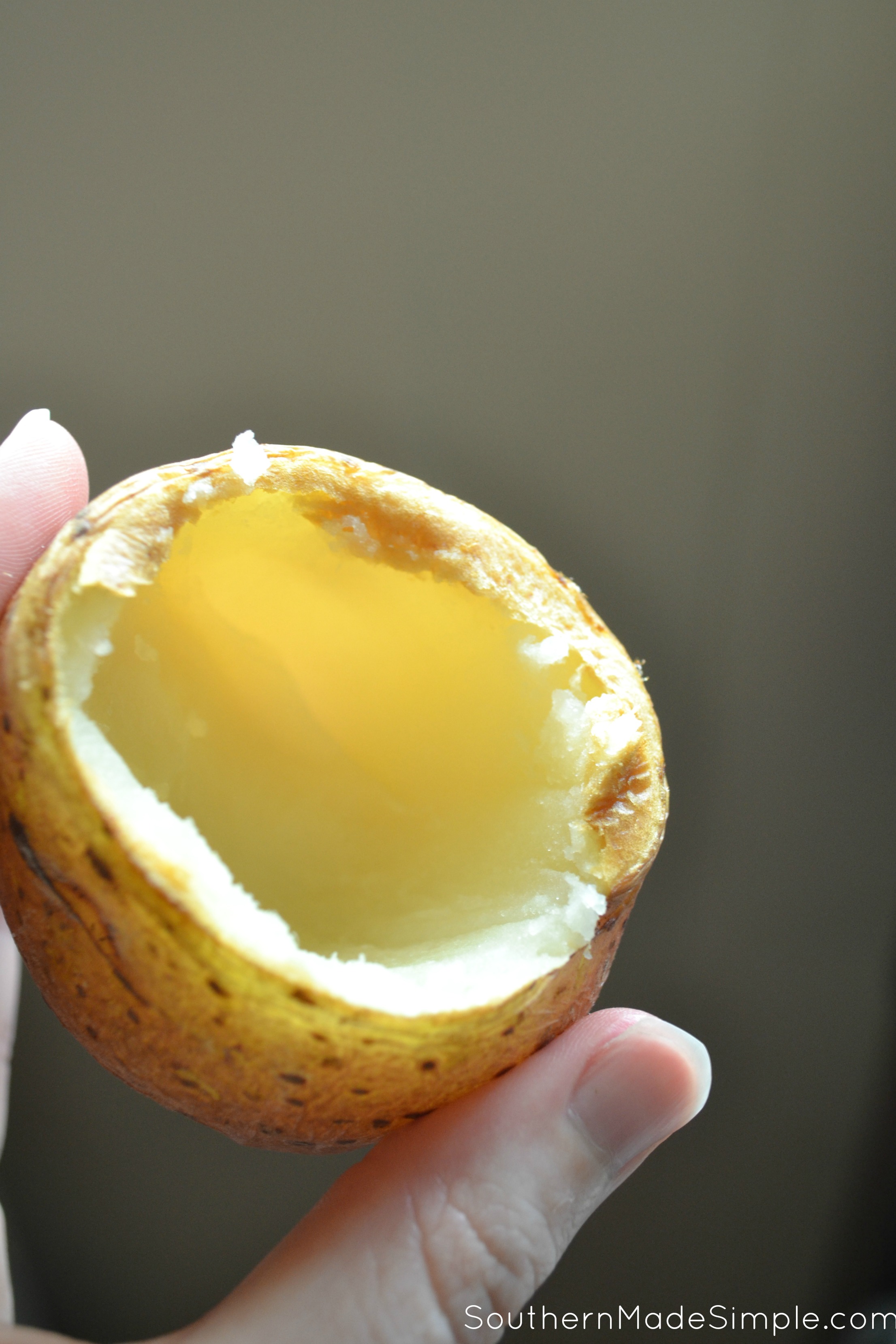 While the potatoes were baking away in the oven, I started preparing my homemade alfredo sauce. I took 2 cups of spinach and shredded it using my trusty herb shears. Let me just say this: If you do not own a pair of herb shears, YOU NEED TO! You may think you don’t need them and that you can chop and shred things just fine with a knife, but this is one of those things that you never knew you needed until you tried it. Seriously. They’re like 6 bucks. Do yourself a solid and chop that spinach like a boss with a pair of herb shears. It cuts the prep time substantially, too! 🙂 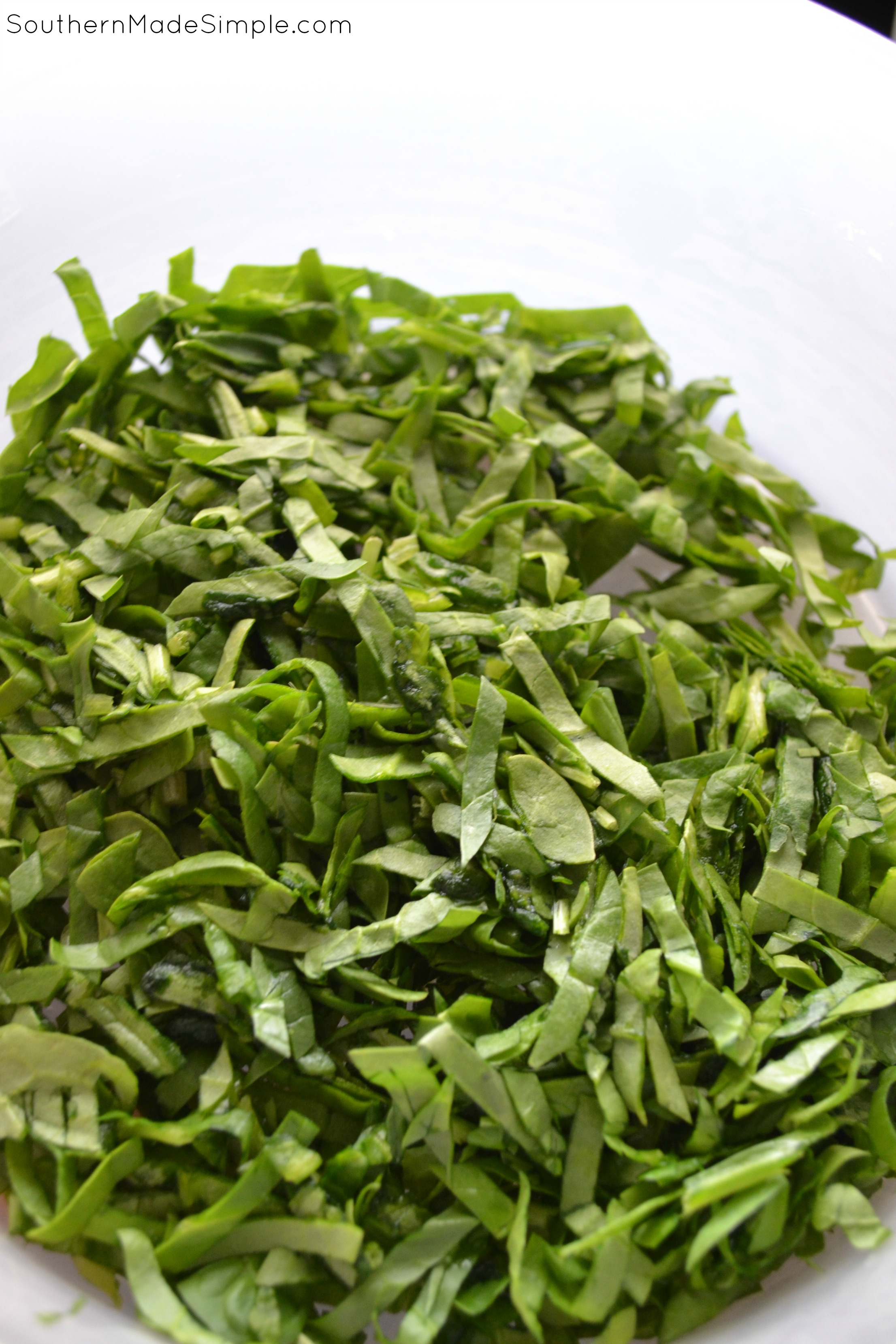 I put a little butter and minced garlic in a large skillet and let be begin to simmer just a bit. I added in the shredded spinach and cooked it until tender. I then added in some heavy cream and Parmesan cheese and let it come to a brief boil. I reduced the heat and allowed the sauce to thicken. 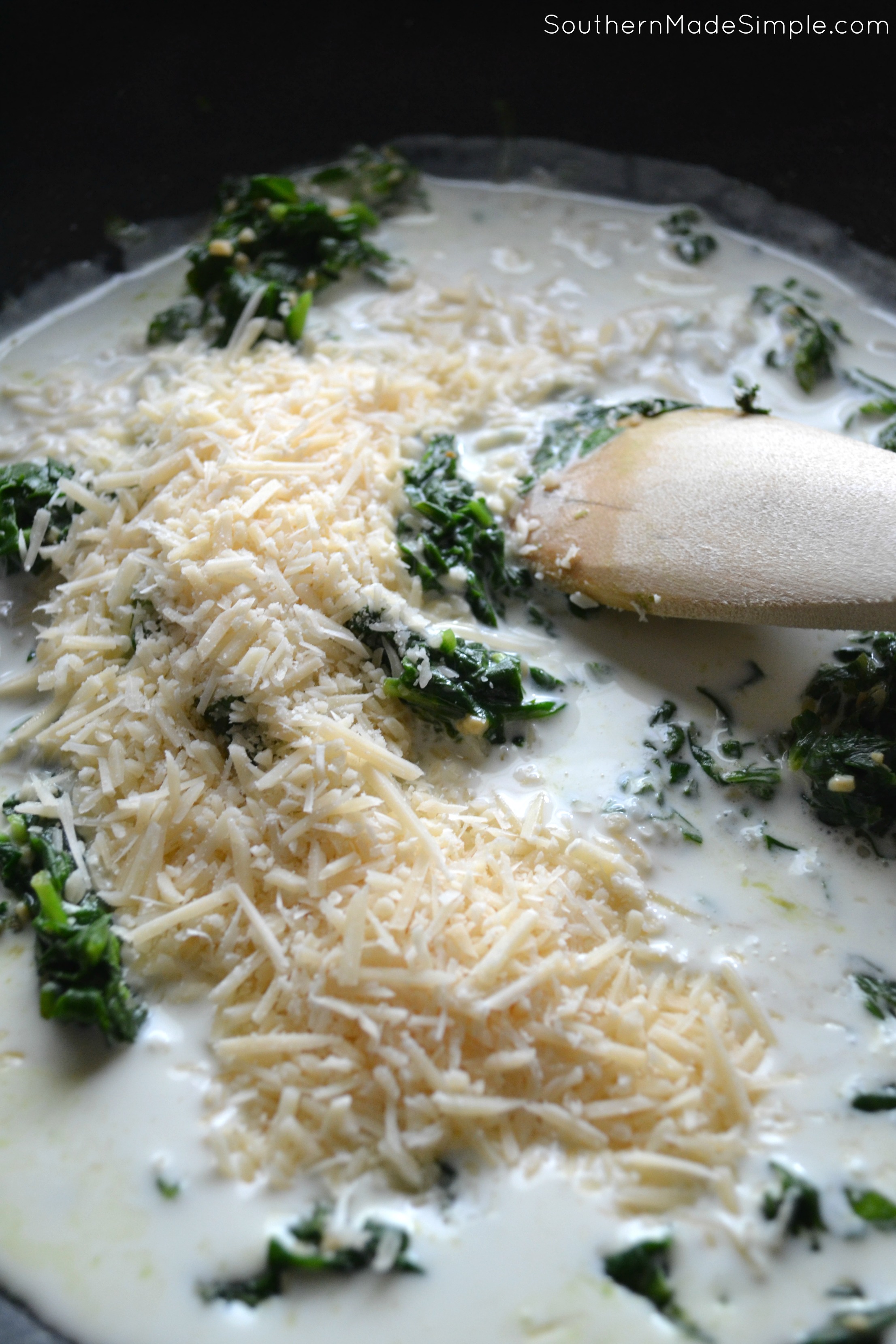 Next I grabbed my potato masher and started mashing the potato insides that I reserved in a bowl from earlier. I added a little butter, salt and pepper. I then poured my alfredo sauce into the mix and gave it a good stir. I added in 1/4 cup of crumbled feta cheese and chopped bacon and continued mashing until everything was well combined. Finally I poured the entire mixture into each hollowed out potato and added a little extra feta and bacon crumbles on top. I baked for another 10-15 minutes and then dug right on in! (See full recipe below.)

Here’s a FREE printable copy of the recipe! Go ahead and print it out and add it to your menu this week! Don’t forget to pin it for later, too! 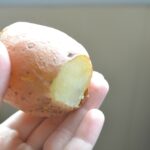 My husband and I ate this dish as a meal, but it would also make for a fantastic appetizer for a party of gathering! You could also easily adapt this recipe to make regular sized baking potatoes instead of smaller red potatoes.

Sometimes my best creations in the kitchen are when I’m trying to clean out food from the fridge and use them up in a new way. Have you ever made a delicious dish from random ingredients in your fridge? This one is definitely going to be a regular in our house, and I wasn’t even sure when I started making it if it would turn out! I just love when that happens! 🙂

Previous Post: « Venison Taco Bites + A Dollop of Daisy
Next Post: How to Repurpose Old Formula and Snack Cans »