Hello, Autumn! Nice to finally see you! We hit our first “cold” front of the season, and feeling the temps drop down just a few degrees to make the mid-afternoon heat tolerable has certainly been well welcomed! We live in the middle of a field of planted pines, so not many of the trees that surround our house ever change colors. It’s pretty much green outside all year, so I always make sure I go the extra mile to make things really feel like fall around here. Yesterday afternoon that meant breaking out the apple cider and getting a little creative in the kitchen, and these Apple Cider Cinnamon Sugar Doughnuts have been the perfect treat to help us welcome in the season! 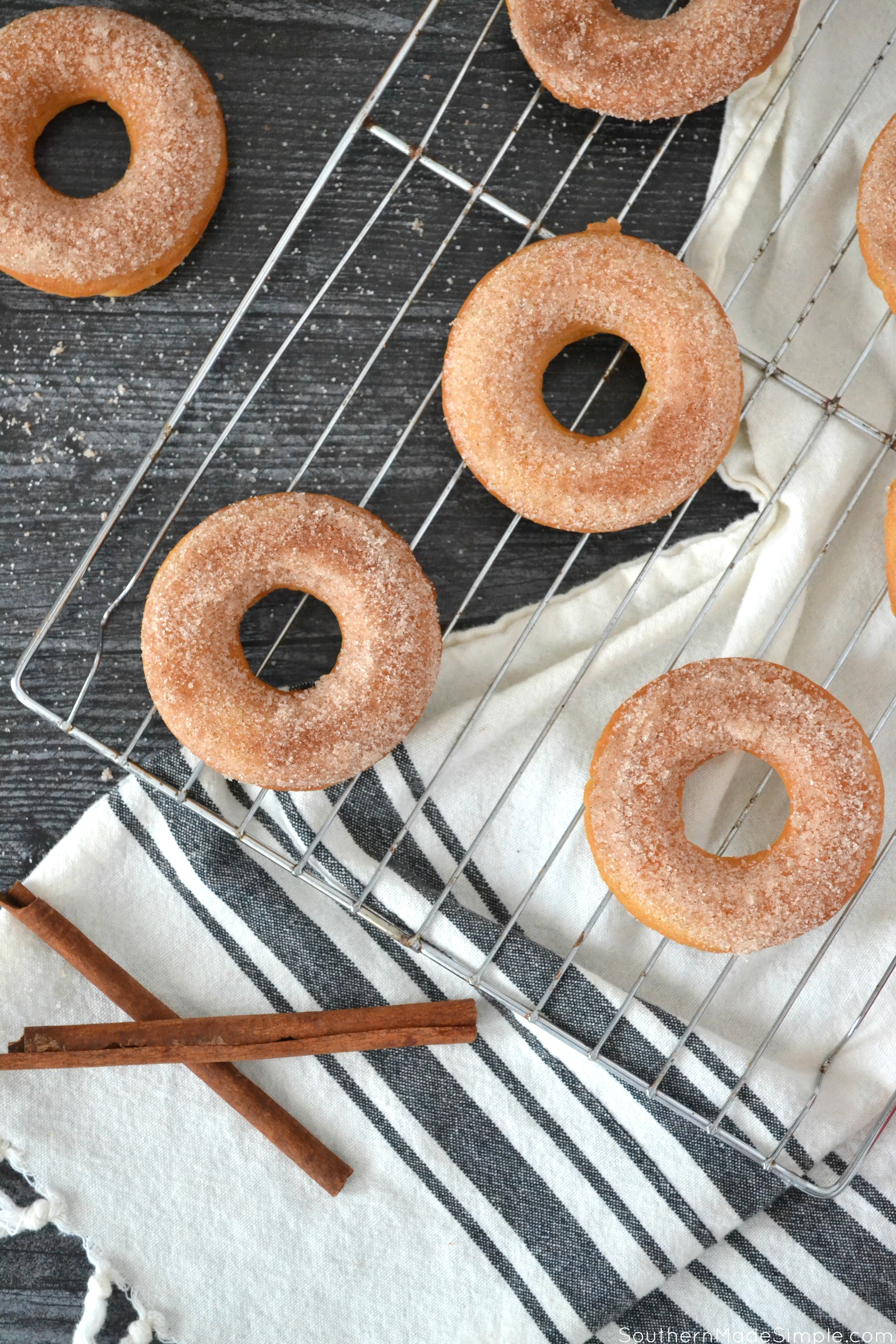 I’ve seen a lot of polls going around social media lately asking people to vote and take a side as either team pumpkin spice or team apple cider. People will come out of the woodwork to give their two cents on something like that, but I won’t be voting until there’s an option in the poll where I can choose both, because both pumpkin AND apple cider are my jam during this time of year!

In fact, I actually did include a hint of pumpkin spice in the cinnamon sugar coating! Pumpkin spice is just a blend of several warmer spices, and the flavors in it really complement these Apple Cider Cinnamon Sugar doughnuts perfectly!

Here’s a free printable copy of the recipe if you’d like to give it a try! 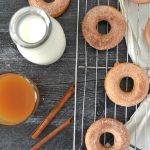 This week apple cider has really been stealing the show in our household, though. These doughnuts have real bits of apple in them, and they’ve got a sweet cake-like texture that is perfect with a cup of coffee in the morning. My daughter even had one for her after school snack! They get two thumbs up from everyone here in the Tucker House! 😉

If you liked this recipe, I can almost guarantee that these other fun recipes found right here at Southern Made Simple will quickly become the apple of your eye! 😉