This shop has been compensated by Collective Bias, Inc. and its advertiser. All opinions are mine alone. #TennesseePrideFlavor #CollectiveBias

Saturdays are truly something special in our household. They’re like a hidden gem tucked into the week that we finally get to uncover after a busy work week has ended. We crave the days that we don’t have a calendar full of events scheduled for our Saturday mornings, because we prefer to reserve that time for extra cuddles, extra sleep and extra time gathered around the breakfast table to enjoy something hot and fresh out of the oven (like this Cinnamon Sausage Pull Apart Bread, of course!) 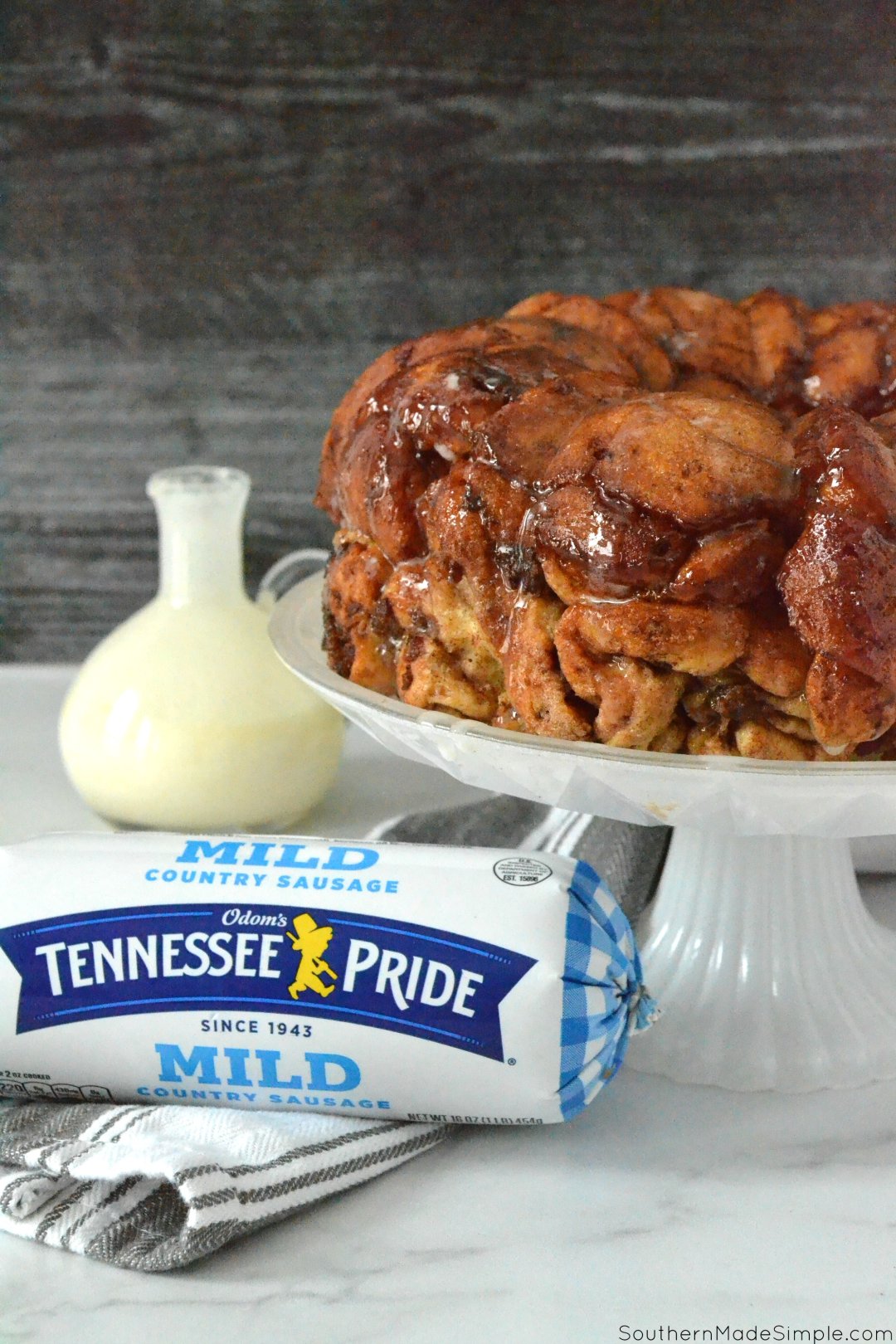 Hover over this image to shop Odom’s Tennessee Pride Country Sausage and revamp your breakfast game!

As much as we love a hearty and savory breakfast, we all have a pretty big soft spot for the sweeter things in life – especially on a Saturday morning. So naturally I hop at any opportunity I get to combine both sweet and savory things into one dish, and this recipe for Cinnamon Sausage Pull Apart Bread definitely hits the nail on the head! 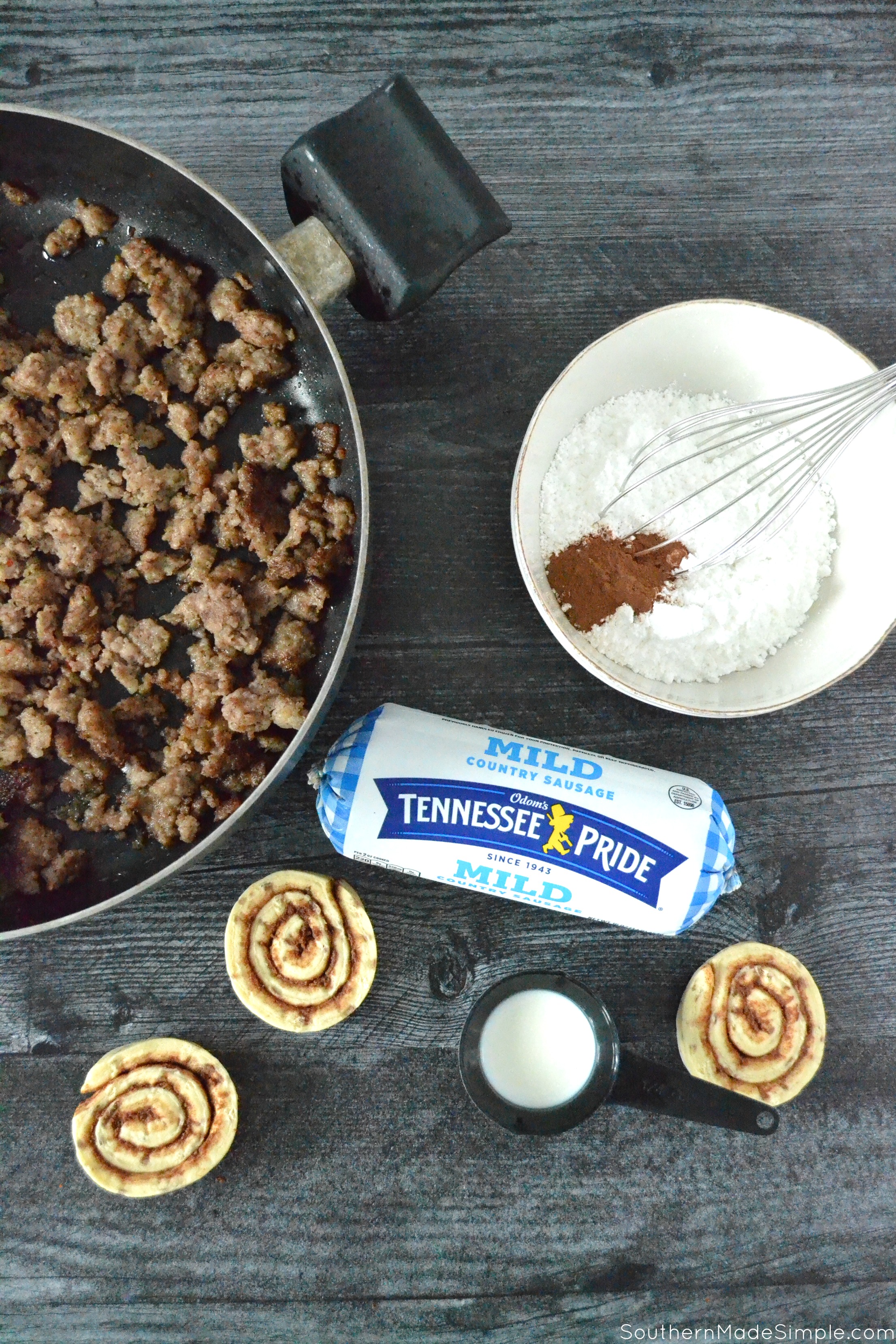 The idea behind this actually came as I was munching on a piece of candied bacon one day. Candied bacon is a perfect example of combining something savory with something sweet. If I could accomplish marrying the sweet and savory flavors together with bacon, I could certainly do it with sausage! I have made numerous types of pull apart breads in the past, and thus the idea soon popped into my head of tucking in crumbled sausage into a cinnamon roll. Cinnamon + sausage sounded like a dream combination, and I just had to give it a try! 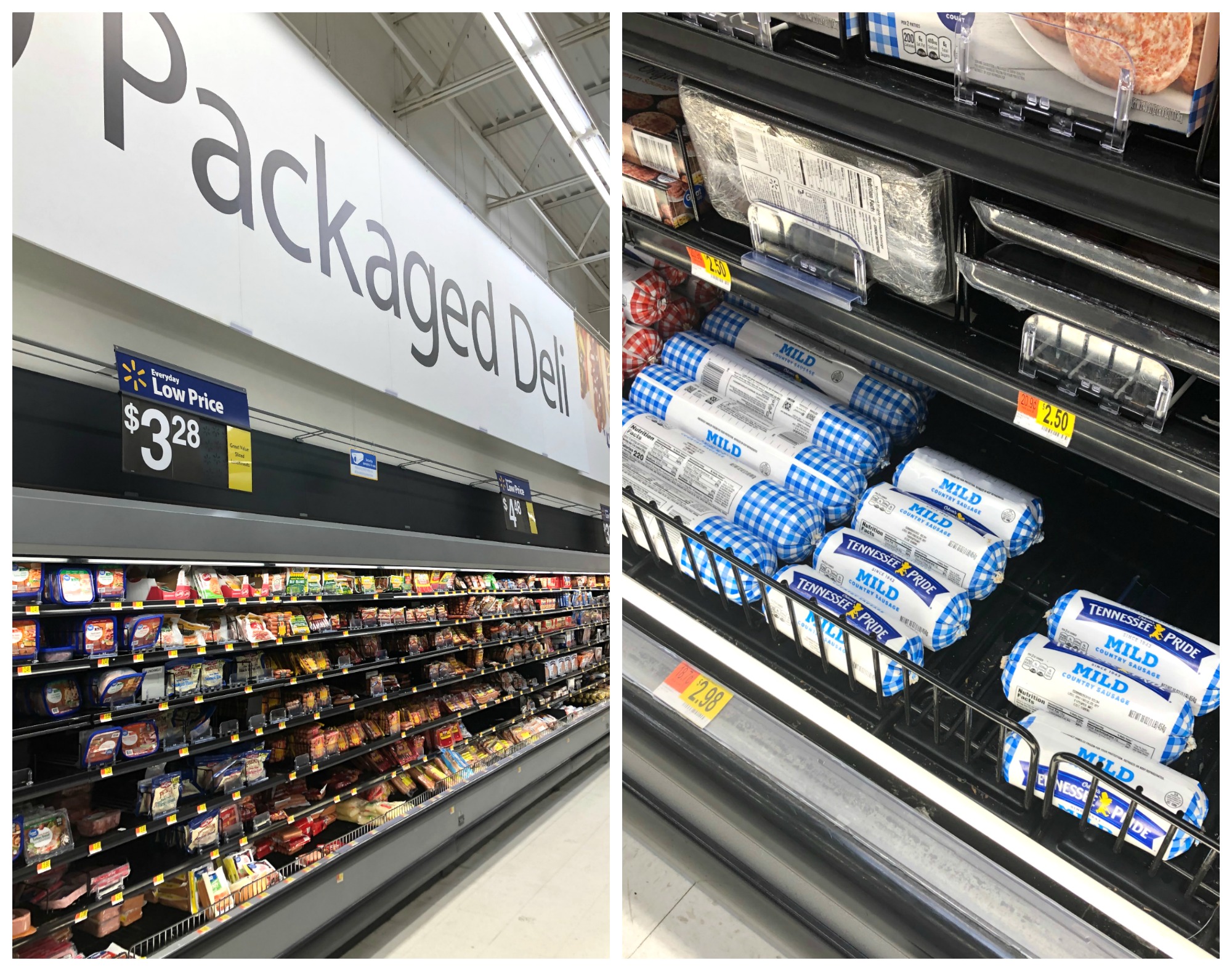 When Friday rolled around, I headed out to my local Walmart to stock up on a few essentials for the weekend and upcoming week, including everything I needed to make this dish. I made a stop by the refrigerated packaged deli section and picked up a few rolls of Odom’s Tennessee Pride Country Sausage, which has been a family favorite in our household for as long as I can remember! 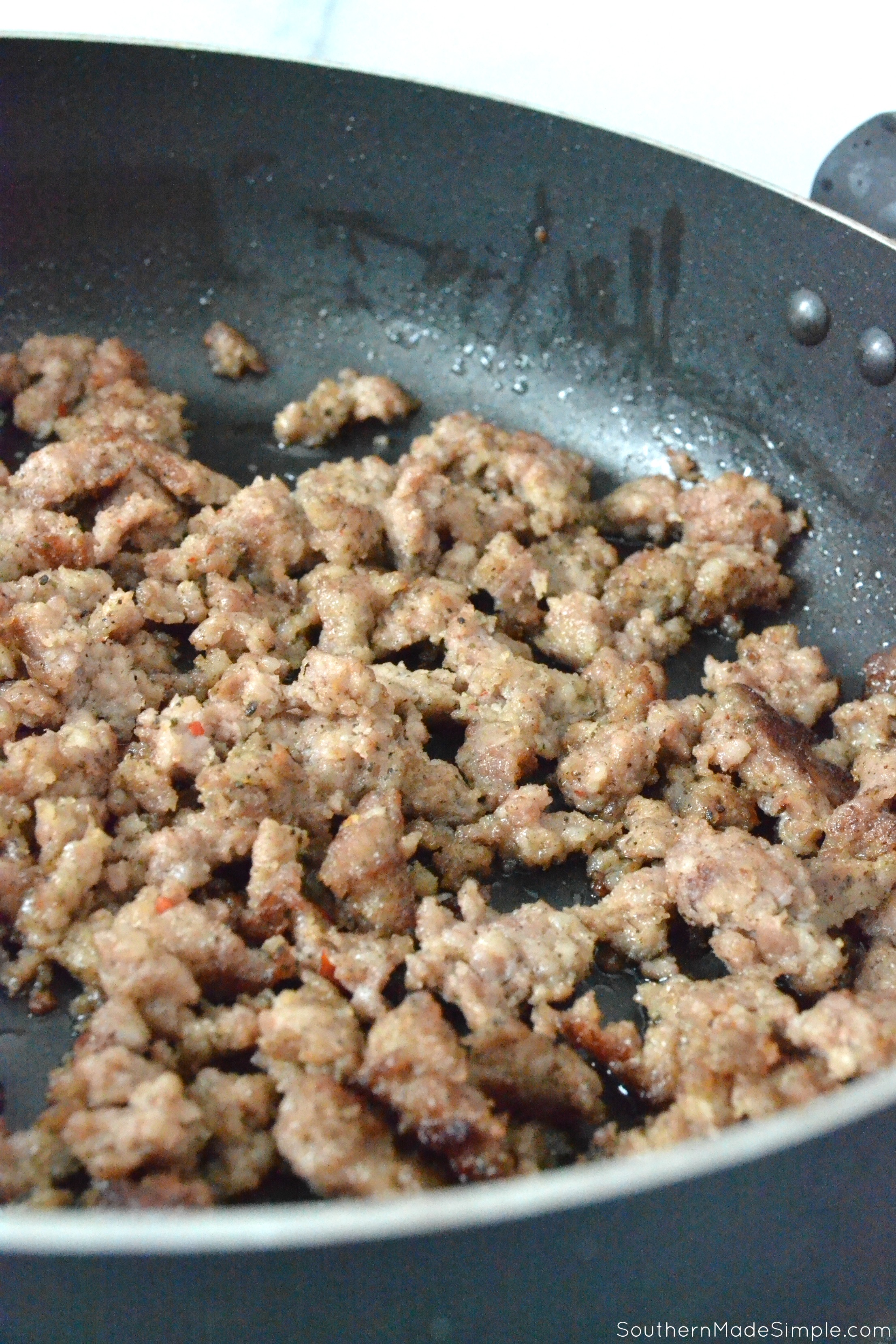 I prefer Odom’s Tennessee Pride Country Sausage because it’s made with the highest quality premium pork and real country flavor. It effortlessly turns our regular breakfast into a hearty breakfast, and it’s ready in just a few minutes! Plus, with 9 g of protein per serving, it’s a great way to start the morning! I also love that it’s made with the Odom’s family secret spice blend, creating the perfect flavor to make any recipe spectacular! 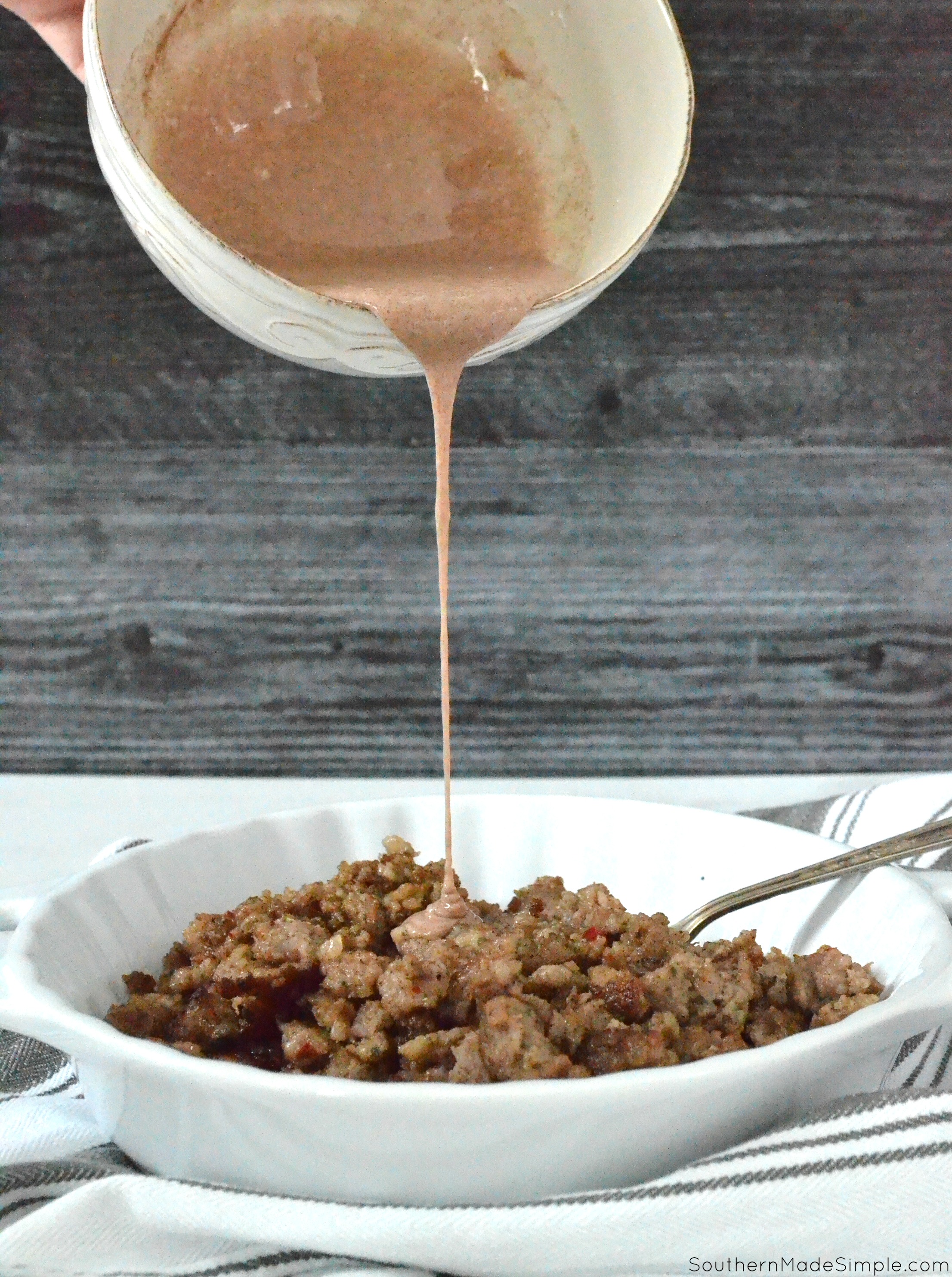 Making pull apart bread is easy peasy, and this particular recipe calls for very few ingredients. It utilizes pre-packaged cinnamon rolls to take a lot of the work out of the process so you can spend less time in the kitchen and more time around the table! Simply scramble the sausage in a skillet and drain off any excess grease. While the sausage is cooking, you can start rolling out each individual cinnamon roll until it’s good and flattened. Once the sausage is cooked, combine it with a sweet glaze to use as the filling that will be spooned into the center of each flattened cinnamon roll. 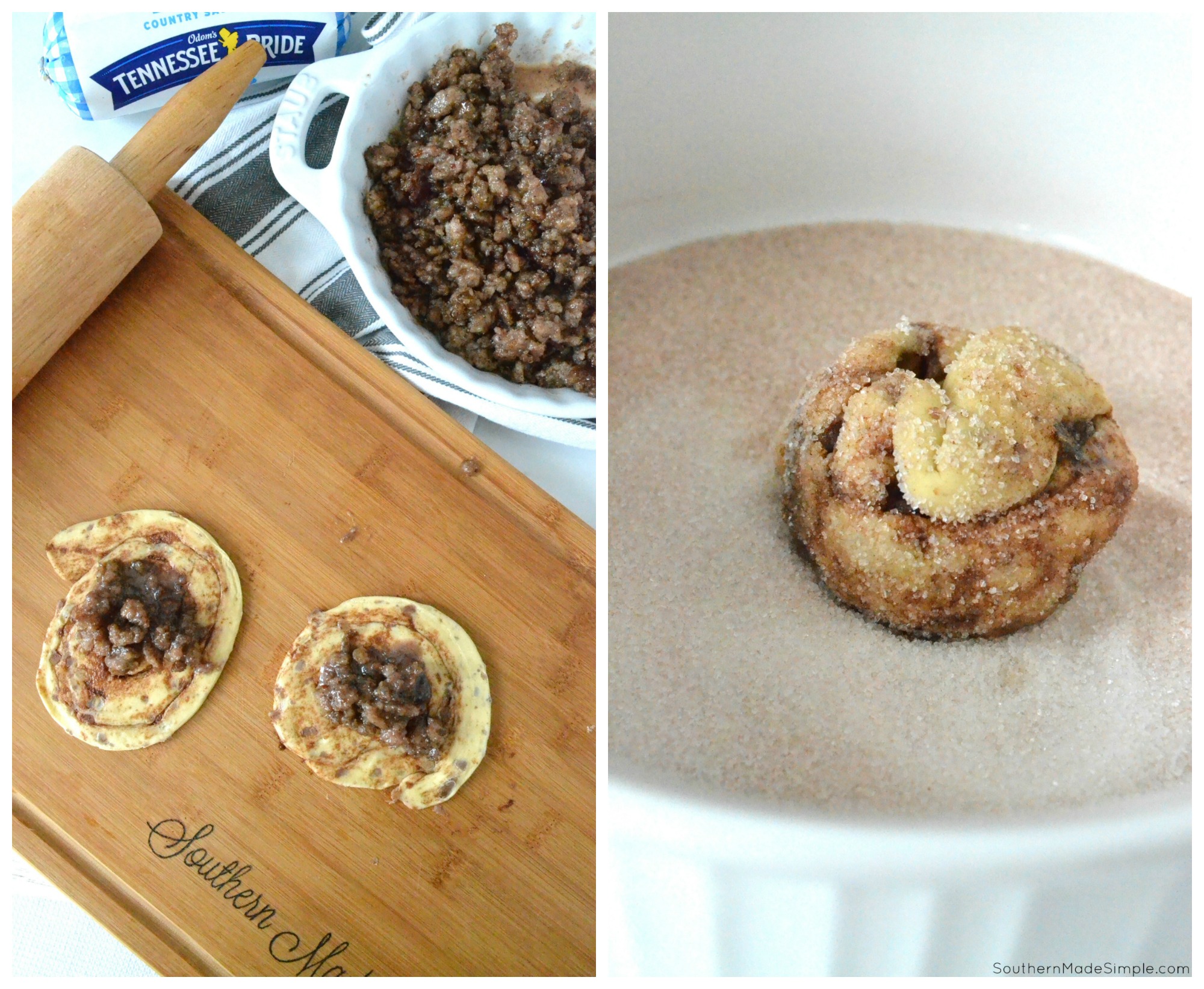 After adding a spoonful of sausage mixture into the center of each cinnamon roll, pinch the dough together over the sausage and roll it into a ball shape in your hands. Roll the ball around in a cinnamon sugar mixture and place inside a greased bundt pan until the pan is full. Bake for 35 minutes, or until done in the center and the cinnamon rolls are a nice golden brown color. 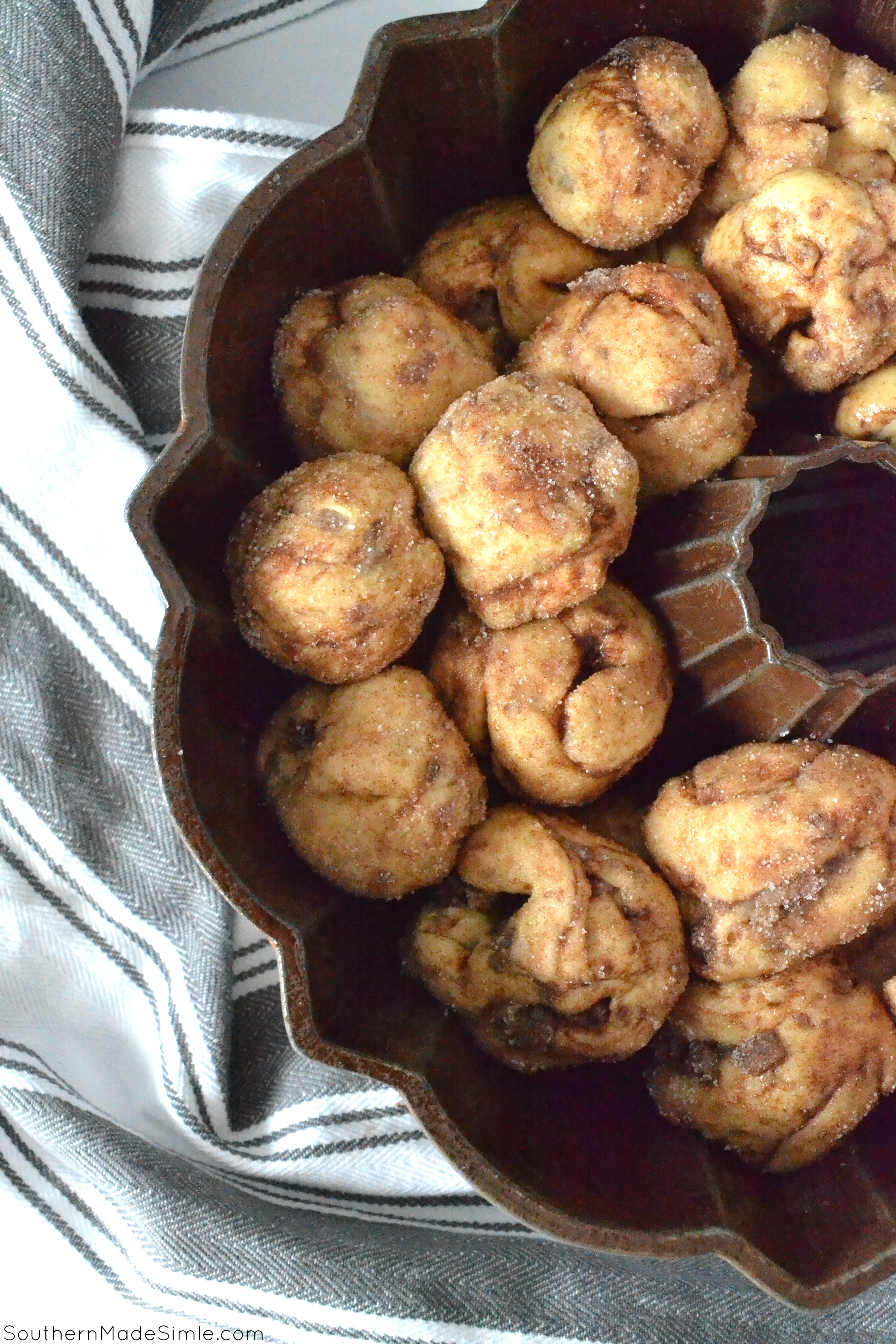 Here’s a free printable copy of the recipe if you’d like to give it a try! 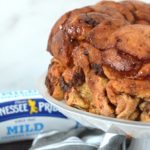 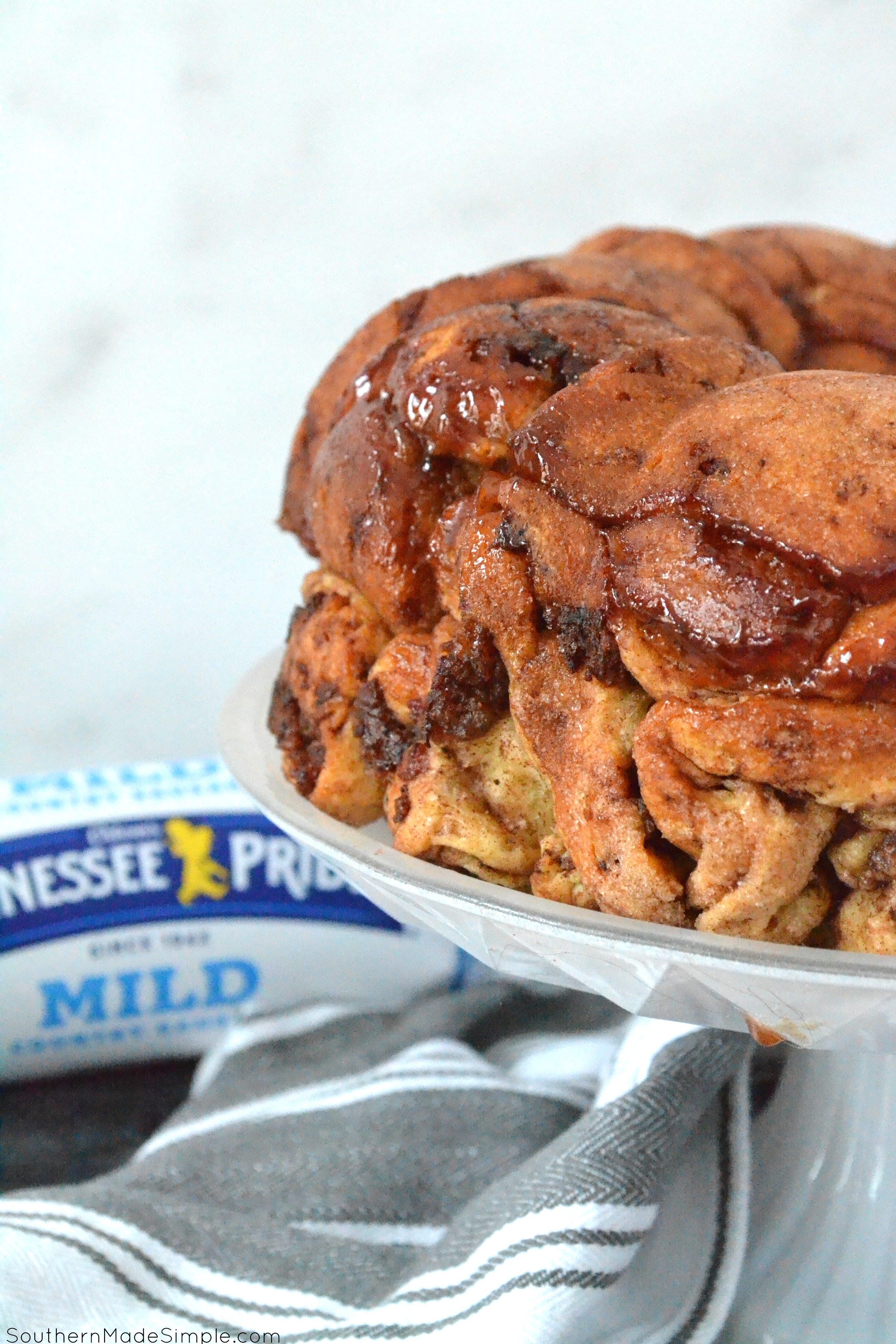 The smell that fills the room when this pull apart bread is baking is absolutely heavenly. Once the bread was finished baking, we pulled it out of the oven and poured a few of the glaze packets that came with the cinnamon rolls on top. The warmness soaked the glaze right up, filling the bread with another dimension of sweetness that is absolutely irresistible. The sausage marries so perfectly with the cinnamon flavors in the bread, making it a real treat to serve on a Saturday morning! 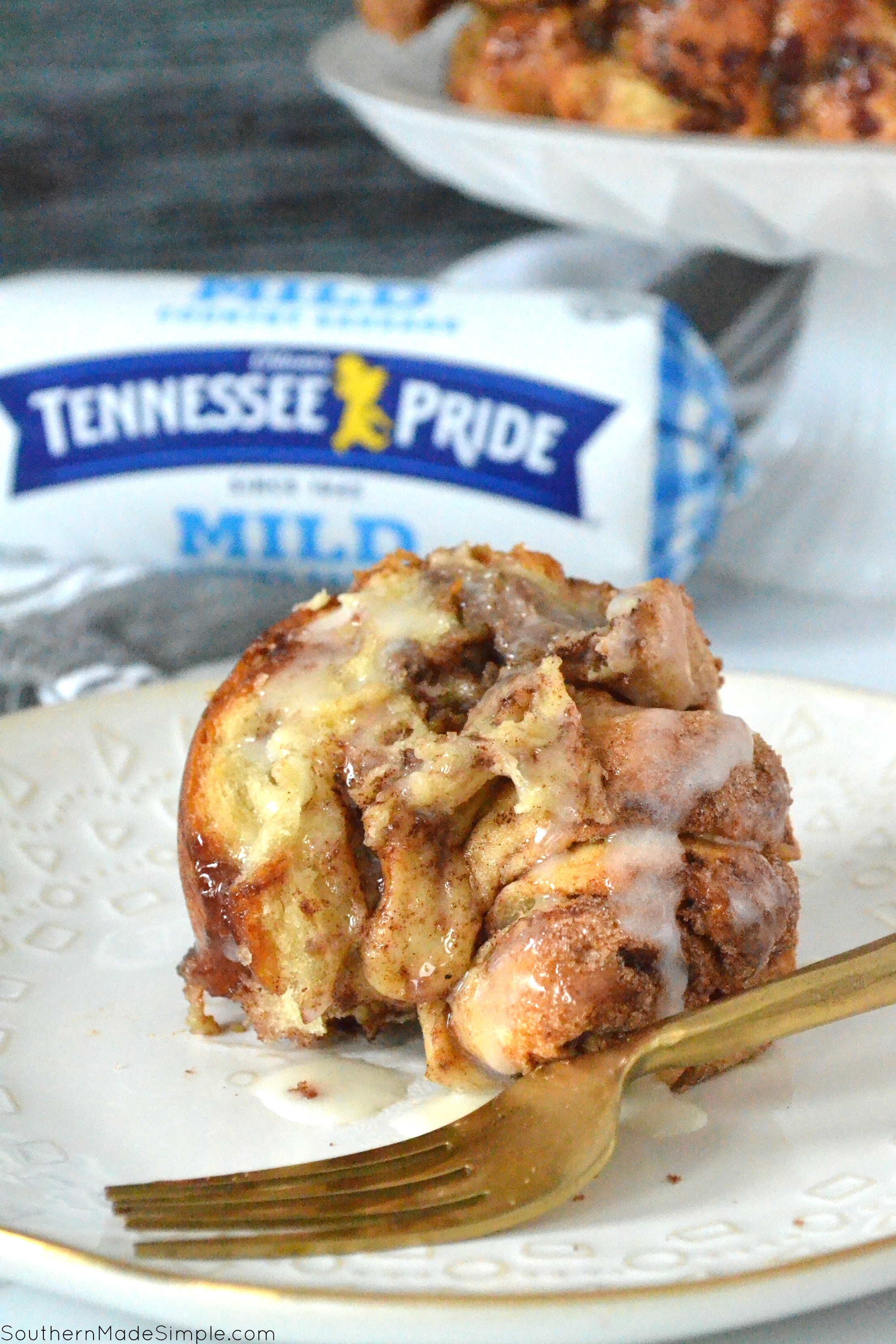 If you’re on the hunt for a new weekend breakfast treat to make your morning spectacular, you must give this Cinnamon Sausage Pull Apart Bread a try! Adding Odom’s Tennessee Pride Country Sausage adds an amazing and unexpected twist that really takes it over the top. Next time you’re out shopping at your local Walmart, swing by the refrigerated packaged meats section and pick up a few rolls of Odom’s Tennessee Pride Sausage to have on hand for the weekend. No matter if you want your breakfast to be savory or sweet, this sausage will add the perfect flavor to your dish, guaranteed!