This shop has been compensated by Collective Bias, Inc. and its advertiser. All opinions are mine alone. #RedHotSummer #IPTSOE #CollectiveBias

This recipe for Buffalo BBQ Baked Bean Bacon Cups is the perfect appetizer to serve at your next outdoor barbecue shindig, and it’s made even greater with Frank’s RedHot Buffalo, which is perfect for Summer. Check out their Buffalo Chicken Sandwich recipe and visit their site for inspiration.

With the Fourth of July right around the corner, I decided it was time to step up my BBQ game and come up with a fun and flavorful dish that’s sure to be the star of any backyard barbecue party! There are few foods on this planet that make my mouth want to jump right off my face and give myself a big ol’ kiss like barbecue does. I love it any and every kind of way. You just can’t go wrong with it! Just to give you an idea of how much I love it – I served it at my own wedding 5 years ago. It’s safe to say I’m a big fan, y’all. BIG fan!

So when it comes to playing around in the kitchen and coming up with a new way to use it, you know I’m ready to get down and get my grub on! 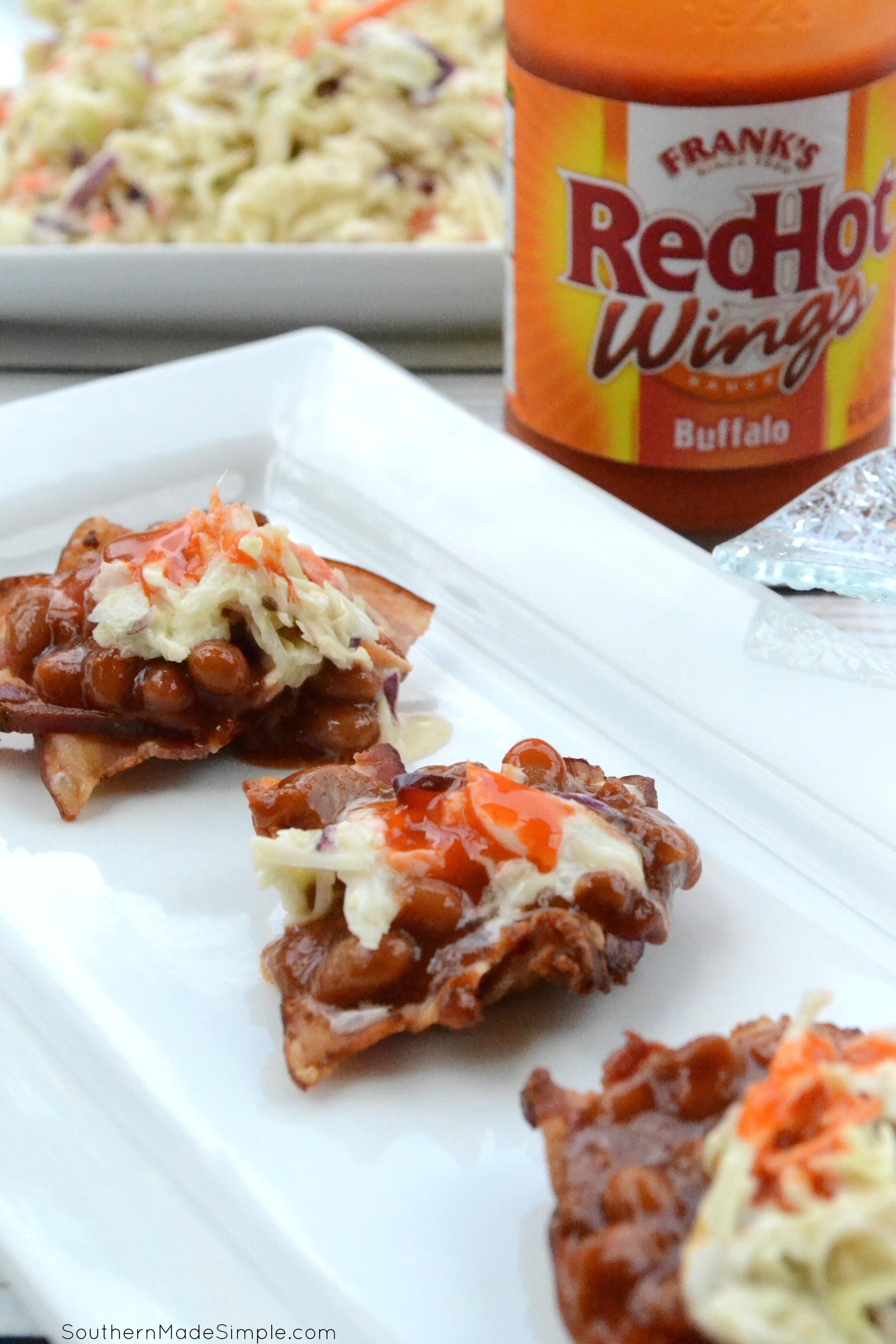 One of my favorite things about barbecue is that it’s flavors and the way it’s served can be very region-specific. For example: When you head into the Carolinas, you’ll find that the sauces are more vinegar based, making the flavors extra tangy. Alabamians are partial to a white mayo-based sauce that they love to smother and cover their BBQ sandwiches with. The people of Memphis have perhaps my favorite way of serving up their barbeque, and the only way to do it is to put a dollop of sweet coleslaw right on the top. Mmm mmm, my mouth waters just thinking about that good ol’ Memphis BBQ!

Even though I’m an Alabama native, I like to give my barbecue a style of it’s own – and the best way to fix it is to add a little Frank’s RedHot Sauce into the mix! 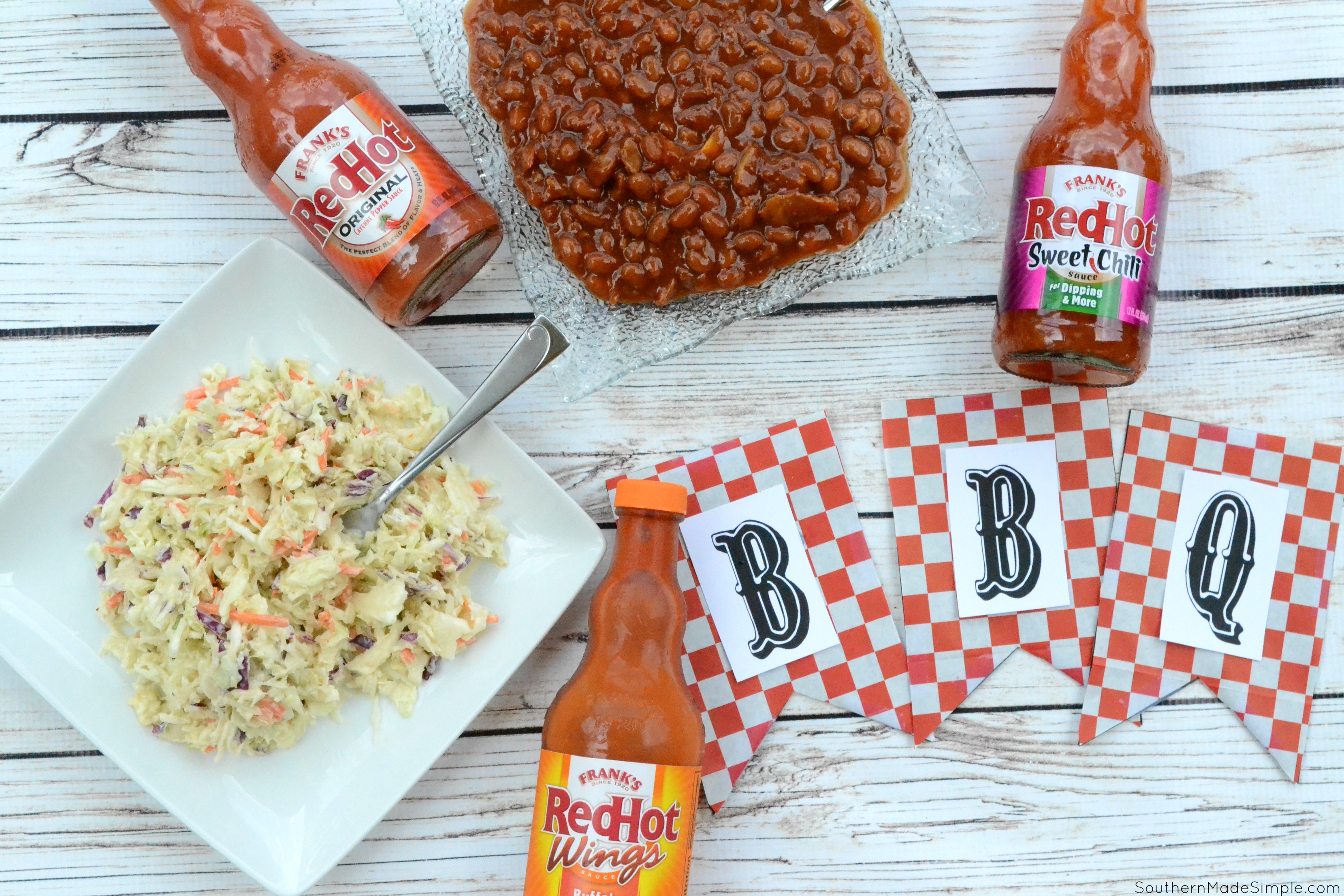 I’ll be honest with you – I’ve been known to pack a punch of heat into my food like it’s my job. My husband and I LOVE spicy foods! So when I came up with the idea to make these Buffalo BBQ Baked Bean Bacon Cups, which I’ve forever dubbed the “quadruple threat,” I knew adding in a little Frank’s RedHot Buffalo Wings sauce would be the key ingredient to make these mini appetizers overflow with kickin’ flavor. After all, Frank’s RedHot is the perfect combination of flavor & heat! 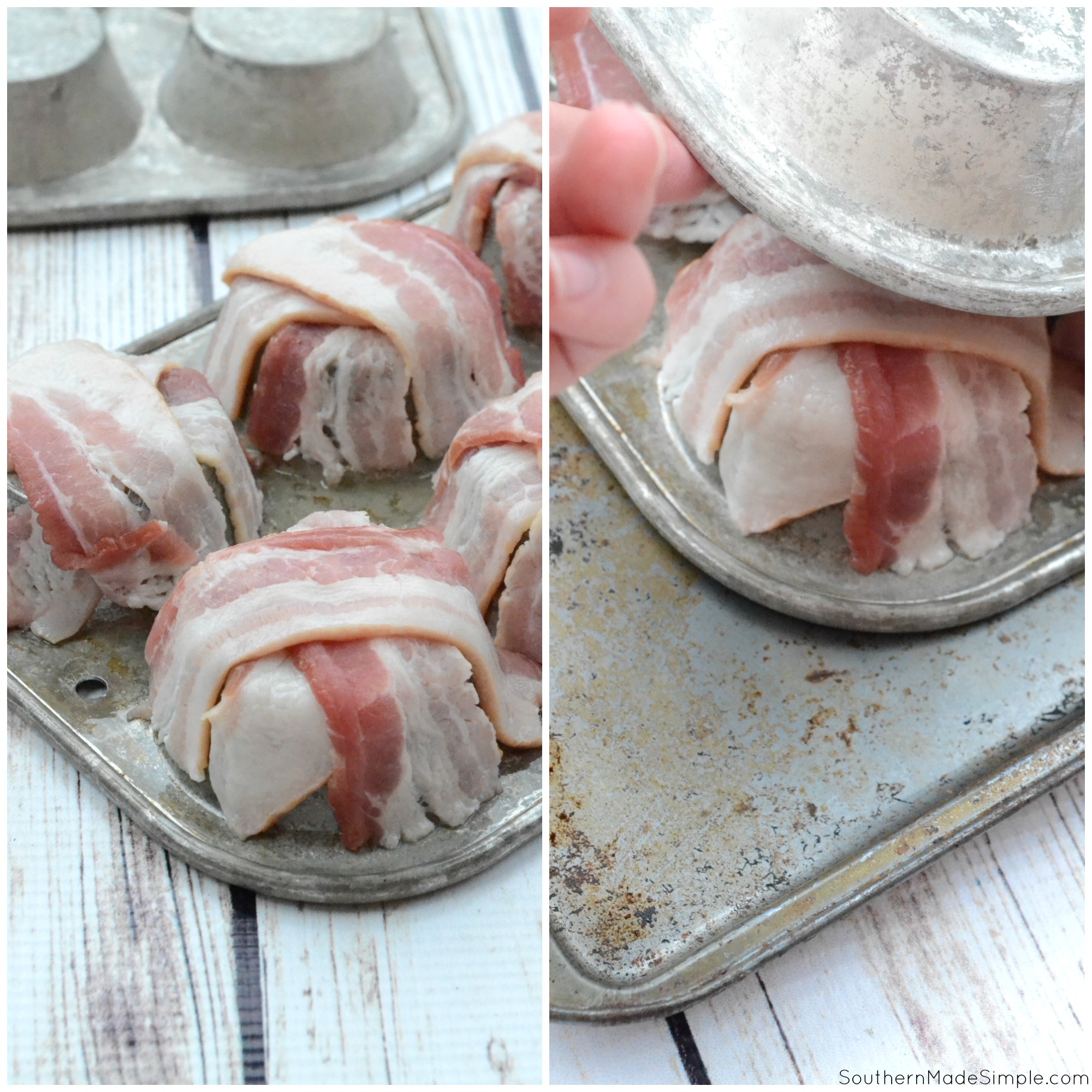 To get the “quadruple threat” rolling, first take two mini muffin pans and spray the underside of them with a non-stick cooking spray. Lay out a few slices of bacon on a cutting board and slice them into thirds. Lay the bacon around each cup in cross-cross pattern and place the second muffin tin on top of the bacon wrapped tin to help keep it in place. Set the muffin tins on top of a baking sheet with a rim to catch the fat drippings. Bake for 12 minutes at 450 F, or until bacon reaches your desired crispiness. Leave muffin tin on top of bacon until mostly cooled. 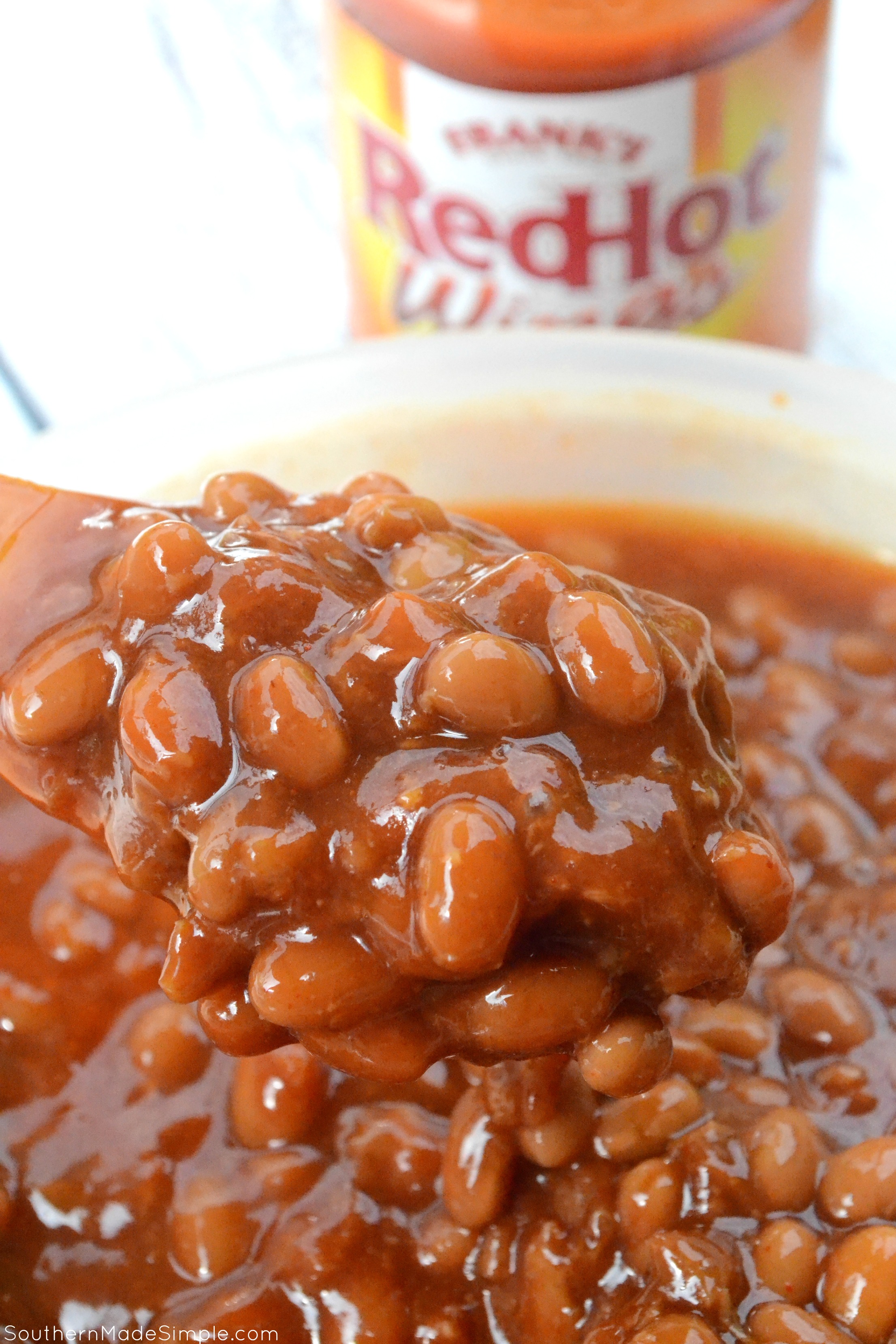 While the bacon is cooking, go ahead and mix up your barbecue meat with your baked beans, plus 1/2 cup of Frank’s RedHot Buffalo Sauce. To save time, I just used a canned version of my favorite baked beans. I love a sweet baked bean, so I opted for a brown sugar variety. I think it pairs perfectly with the heat of the Frank’s RedHot Sauce. Pour the baked bean mixture into a baking dish and back at 350 F for about 20-25 minutes, or until it’s bubbly hot. 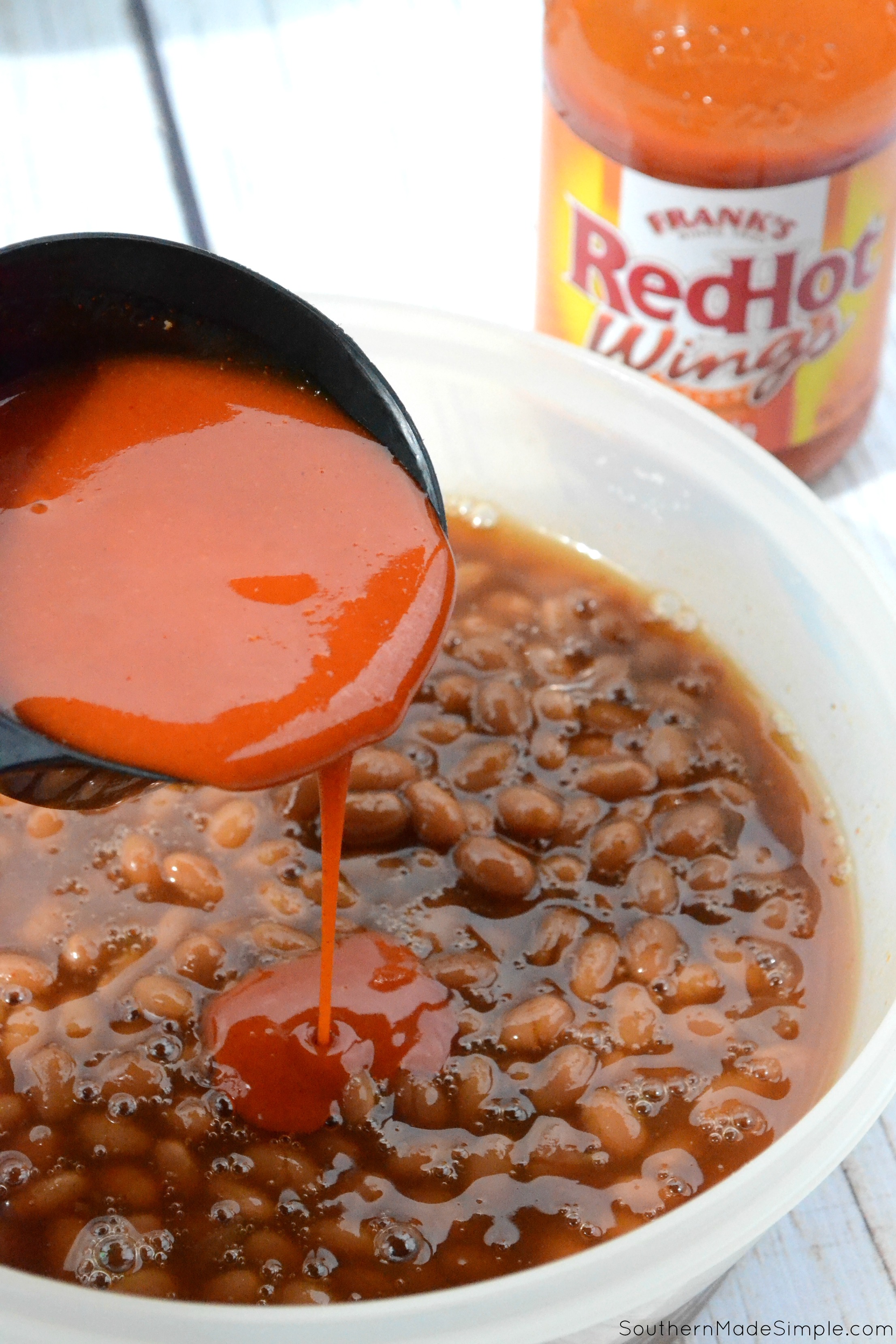 Here’s a free printable version of the recipe if you’d like to save it for your next outdoor barbecue adventure! 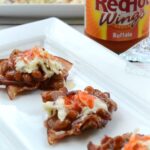 Once the bacon cups have cooled and are crisp enough to use as a cup, spoon a small amount of the barbecue and baked bean mixture into the cup and top with a smidge of coleslaw. Then drizzle a little more Frank’s RedHot Buffalo Wings sauce on top and serve! 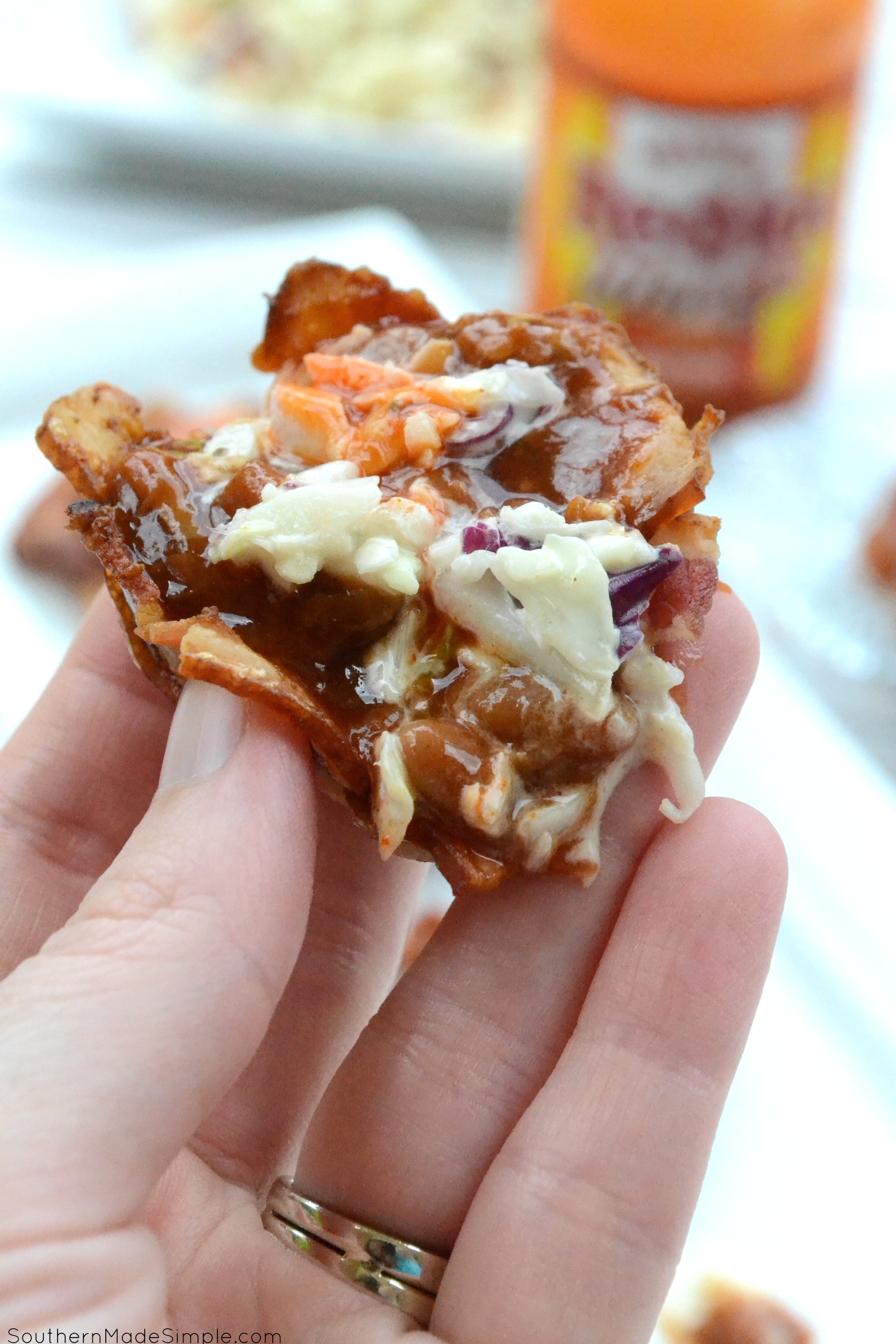 No matter how you like to dress up your barbecue, these little Buffalo BBQ Baked Bean Bacon Cups can be made using your own favorite ingredients and your favorite variety of Frank’s RedHot Sauce! In fact, we always keep a bottle or two of it in our pantry. Frank’s RedHot Original is the most versatile sauce that can be used for a wide variety of dish types. I’ve used it as a marinade, on chicken, in barbecue, on vegetables, in casseroles and dips, and the list goes on and on. I put that s…auce on everything! 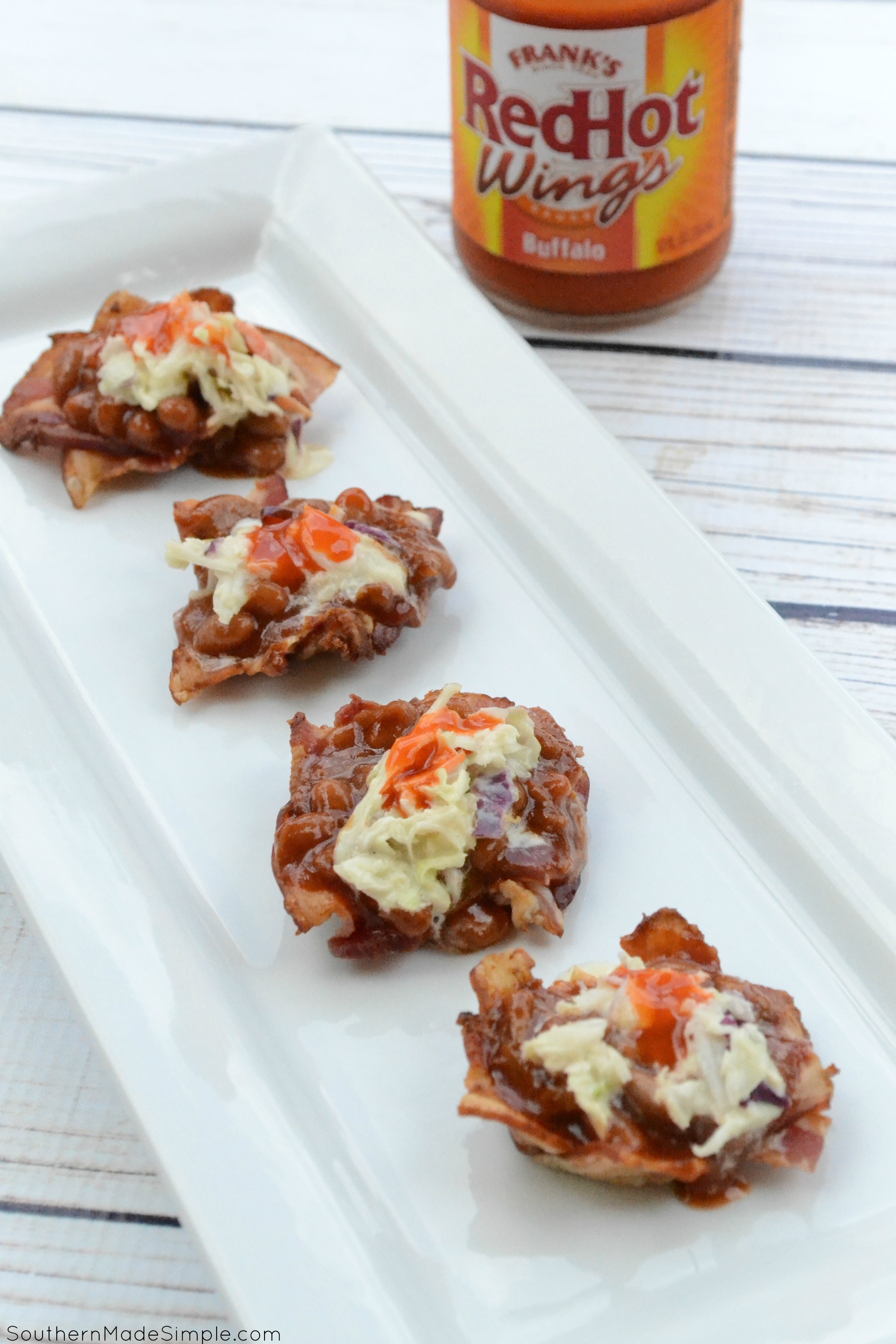 Do you have big plans this summer to grill out with friends and family or to host a backyard barbecue party? What is your favorite style or way to make BBQ? Leave a comment below and share your plans!

To find more delicious recipes and to stay in the loop with all of the yummy things Frank’s RedHot is doing, stroll on over here and get in on the action!