These 10 Delicious Depression Era Pie Recipes are classic examples of how something sweet can come out of a difficult situation. Many of these have stood the test of time, and with good reason!

I’ve always learned loving about history. I’m certainly no history buff, but I never turn my nose up at a chance to learn about the way things were before my time here on earth began. I remember anxiously awaiting the day that I got to move up to the 5th grade, when we were finally going to get to study American history after specifically studying Alabama history in the 4th grade. Studying the history of my home state left me craving more knowledge about my country, and learning how life in the south was shaped into the culture we know today has always been incredibly fascinating to me. 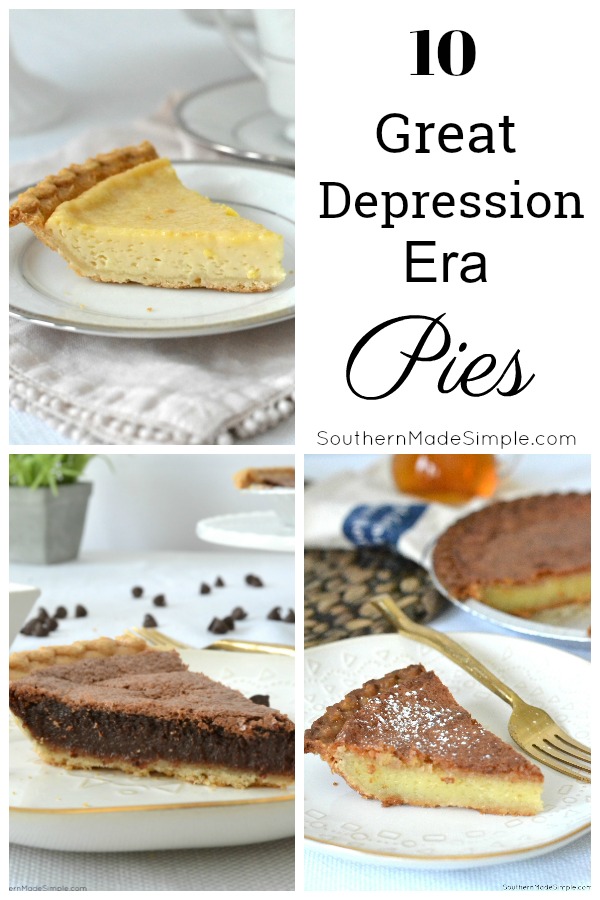 Even more, I love studying about the women who made a pivotal impact on our country through their unique culinary improvisations. So many of the dishes we know and love today were created in moments of desperation or during moments of lack in our country. Women during The Great Depression were left with rations to work with to prepare meals for their families during a time of war and economic downturn, and in their beautiful attempts to provide their families with something sweet to enjoy during an incredibly difficult time, they created these “depression era” pies that still make an appearance on the Thanksgiving dessert table many years later.

Having only basic items such as eggs, flour and sugar, women found ways to make dessert without the use of high commodity items such as fresh fruit and nuts. These pies may be a bit bare bones and lack a bit in the looks department, but they’re filled with sweet goodness, tradition and a story worth sharing! 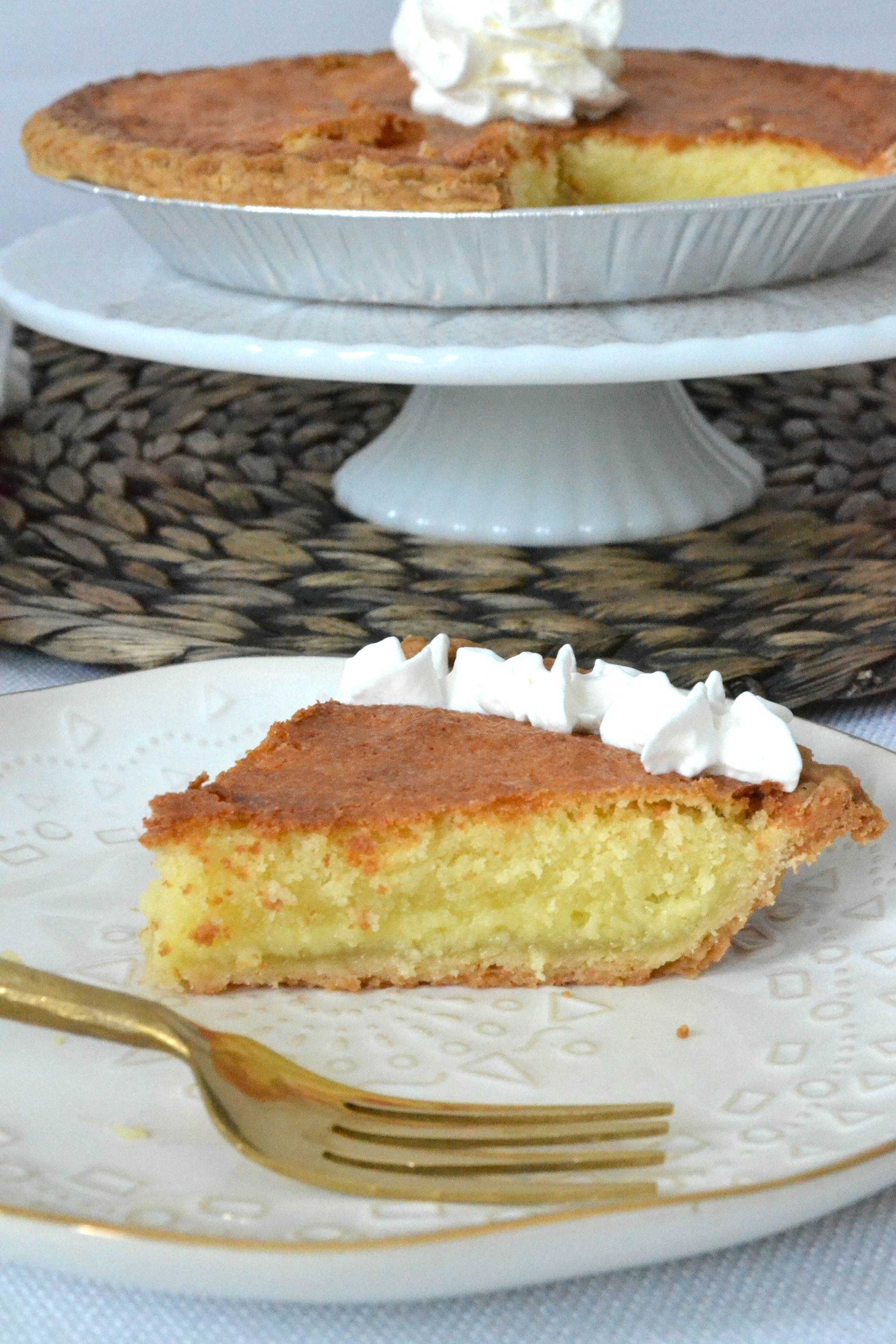 Buttermilk Pie – Southern Made Simple – During lean times, most people had the basic ingredients that make a buttermilk pie on hand. If they didn’t, they would often trade items the did have in exchange to make it. Buttermilk was (and still is) a staple ingredient used in in the south, as most people during this time did not have access to refrigeration to keep the milk from spoiling. No sense in crying over spoiled milk! Mix it in with a little bit of sugar and you’ve got a pie that is truly spectacular! 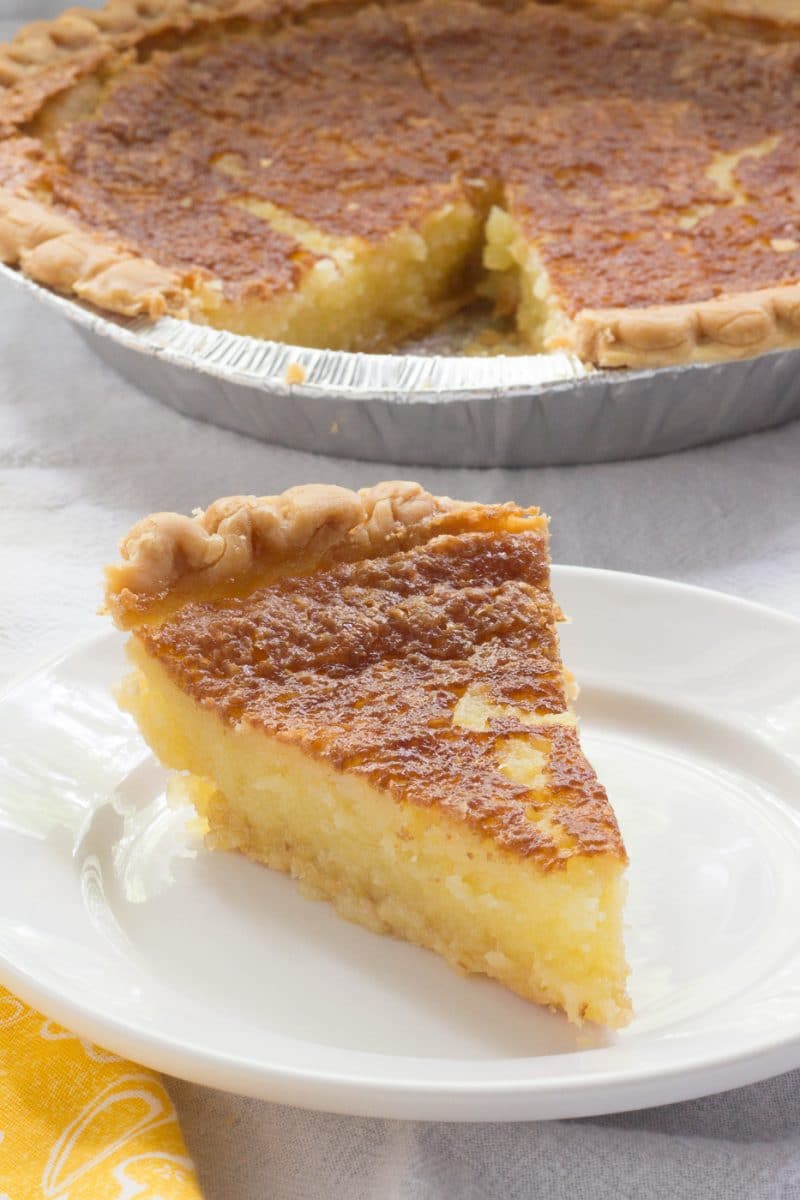 Chess Pie – Pear Tree Kitchen – Chess Pie is one of those delectable desserts that has certainly stood the test of time. My Grandmama made a mean chess pie, and Beth from The Pear Tree Kitchen makes this no-frills pie look magazine worthy! Chess pie has a very rich and dense custard-like filling. It’s unknown exactly as to where the name “chess” pie came from, but people speculate that it may have something to do with a pie chest, also known as a pie safe. Chess pie does not have to be refrigerated (though it’s best to keep it refrigerated) and could commonly be found in a pie safe before iceboxes became common household items. 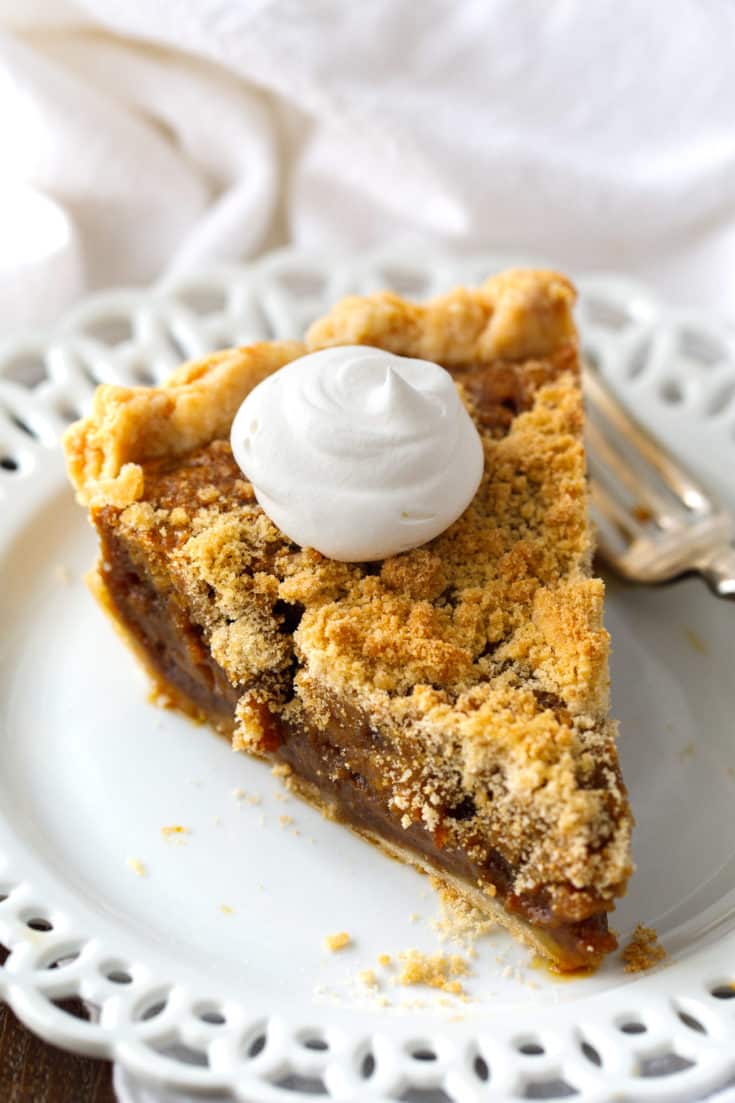 3. Shoo Fly Pie – Dear Crissy – During a time when refined sugar began to be rationed, things like honey and molasses stepped in to take its place in cooking and baking. Shoo Fly Pie actually comes to us from Amish Country, and legend has it that small pools of molasses would typically form on top of the cake while it was cooling, making it an appealing spot for a fly to land. Thus, “Shoo Fly” pie was named! Crissy from Dear Crissy makes a beautiful and decadent looking Shoo Fly Pie, and a dollop of whipped cream makes it look like a dessert that is truly sophisticated! 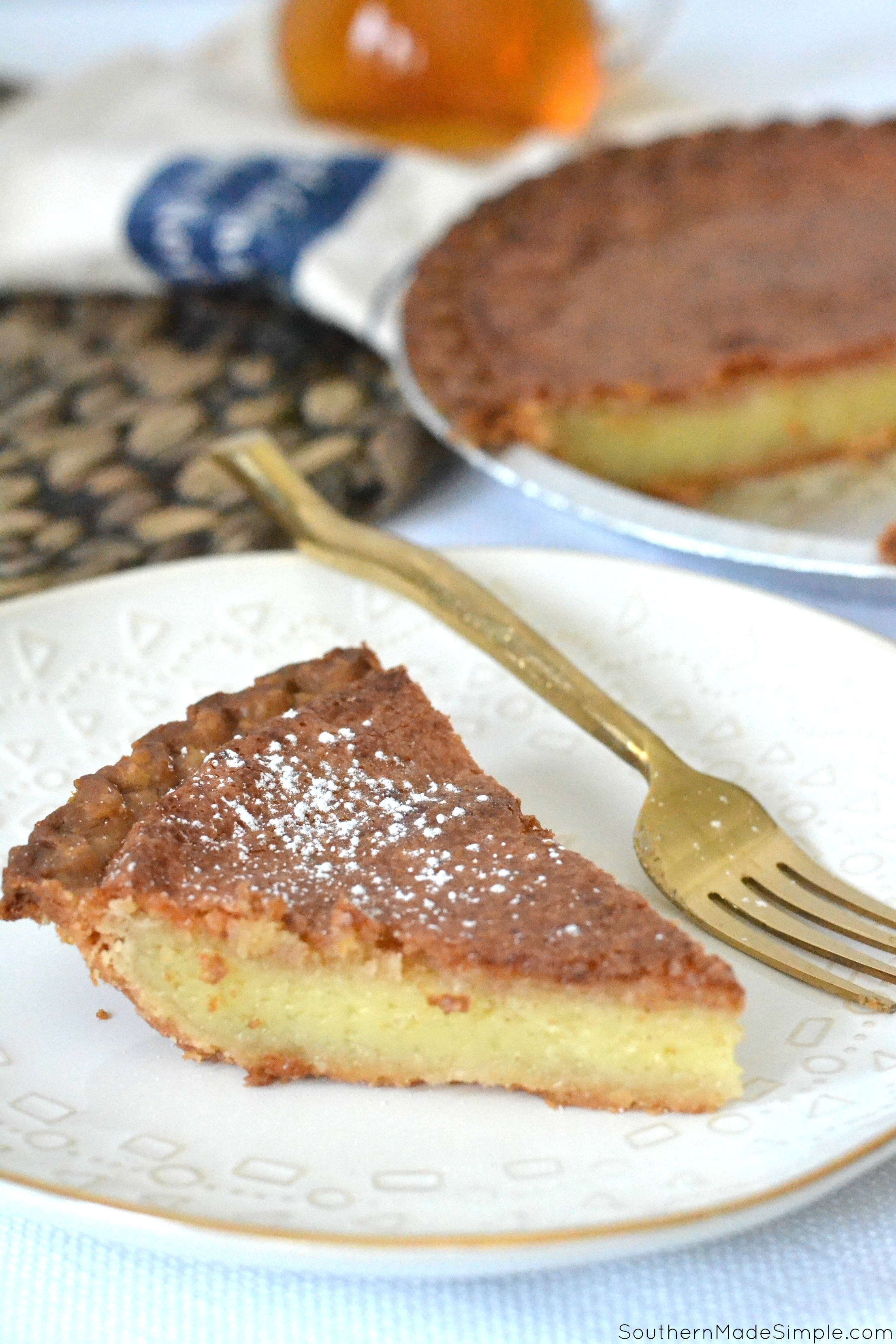 4. Vinegar Pie – Southern Made Simple – When looking through an old cookbook of mine, I spotted this recipe for Vinegar Pie that stopped me in my tracks. The thought of a vinegar pie sounds incredibly unappealing, but speaks volumes about the time period when women were incredibly limited to the items they had on hand to make a pie with. Much to my surprise, this pie was SO delicious, and the tiny bit of tartness that shines through from the cider vinegar makes this pie a winner in my book! 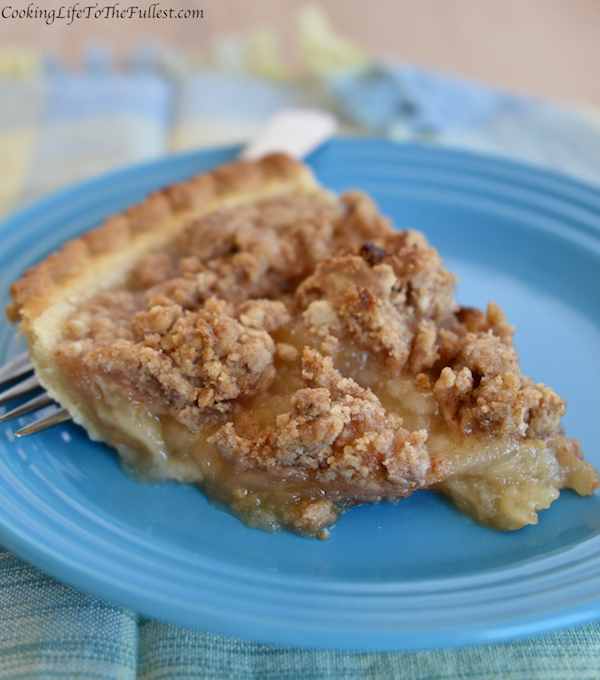 5. Mock Apple Pie – Cooking Life to the Fullest – Jerry and Roni from Cooking Life to the Fullest left me in awe of their rendition of Mock Apple Pie. This pie was common during the depression when apples were not readily available or affordable, and it uses Ritz crackers in place of apples as the filling. Mind = blown! You could actually find a recipe for Mock Apple Pie on the back of Ritz Cracker boxes for years after the depression, marketing it as an affordable way to enjoy an American classic dessert! 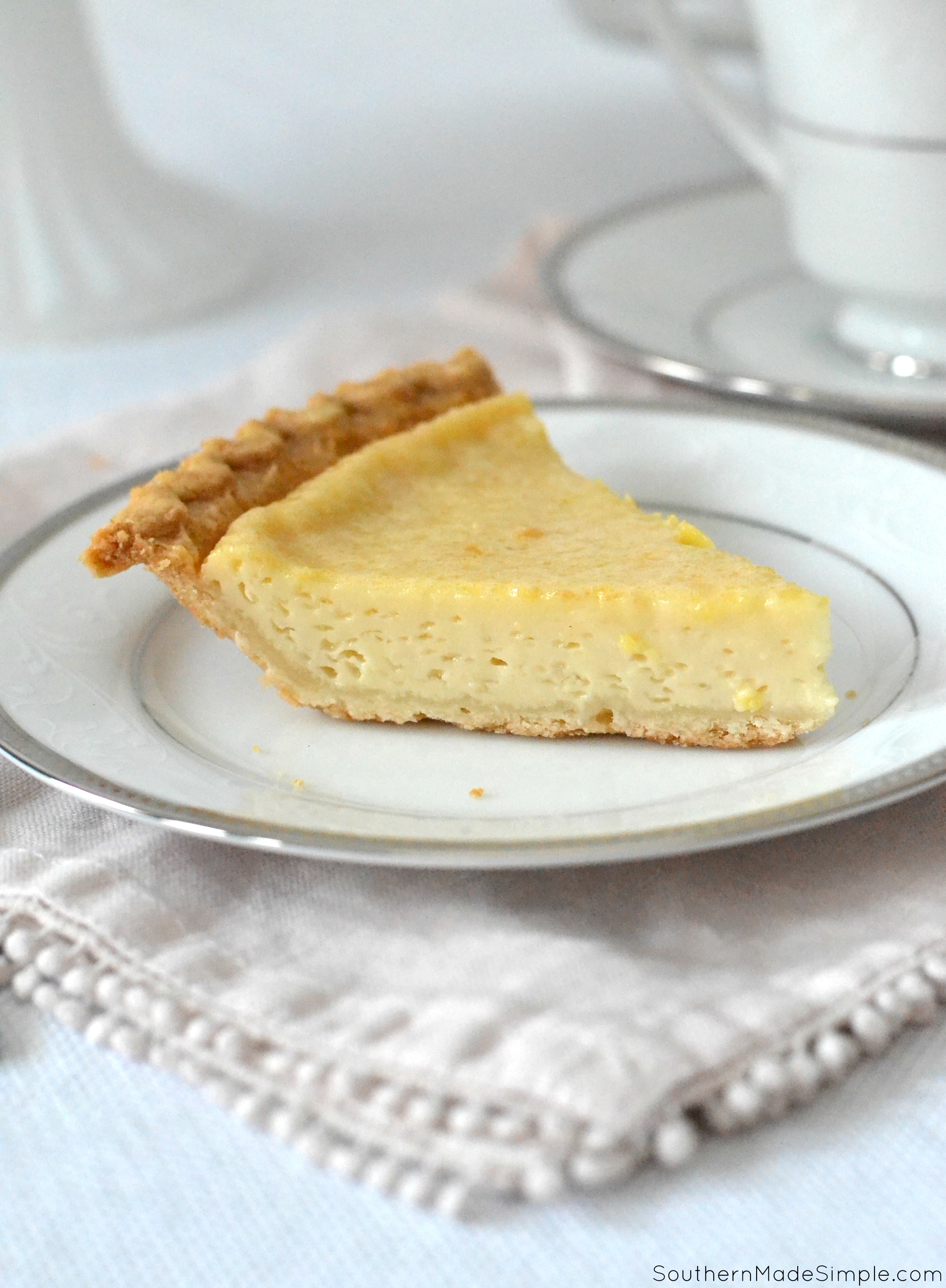 6. Egg Custard Pie – Southern Made Simple – Egg Custard Pie will forever be one of my favorite pies of all time. My mother makes them from time to time, and I can always count on there being a custard pie on the dessert table at any church function. Its springy texture is perhaps my favorite part of it all, and it’s so simple to make. Eggs, sugar and cream were stretched a long way during the depression era, and I sure am glad that this recipe was passed down throughout the generations since then! 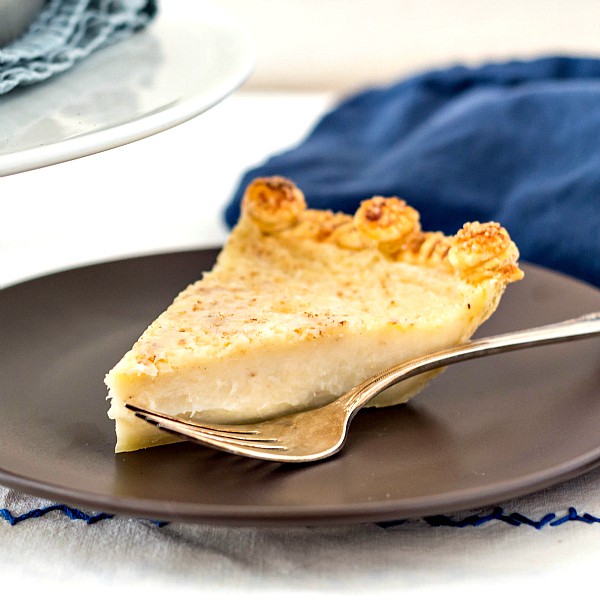 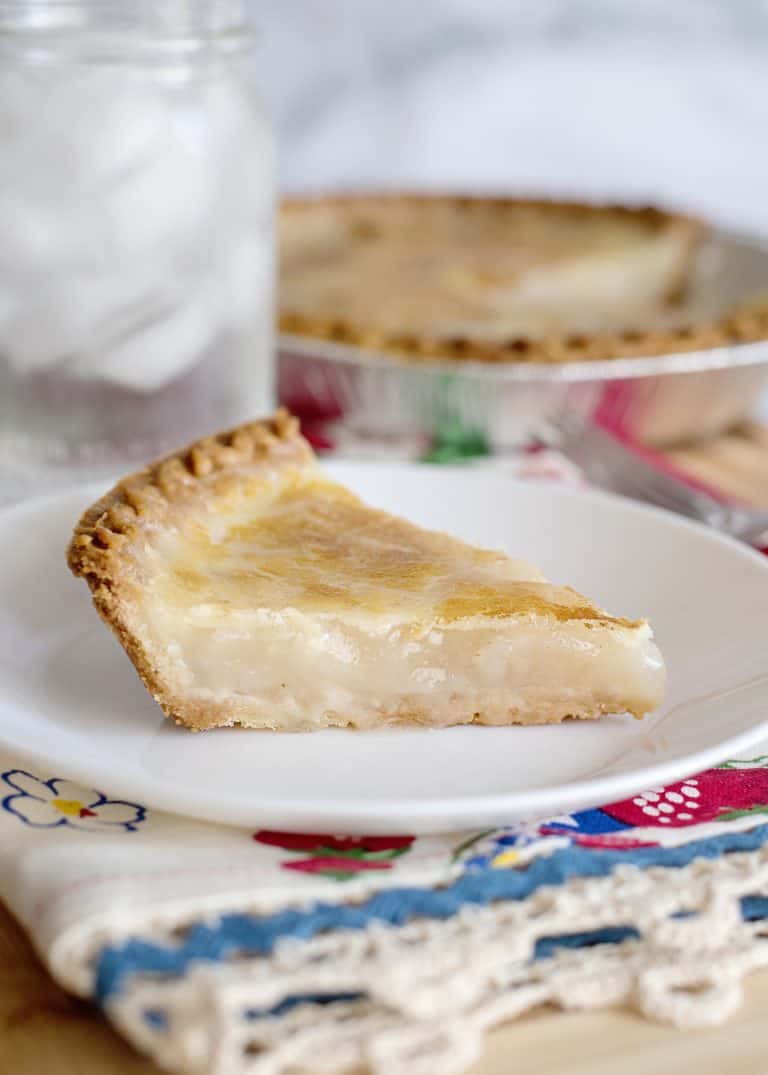 8. Water Pie  Southern Plate – Now THIS one is quite impressive! A few weeks ago I saw Christy from Southern Plate share this recipe on her social media, and it definitely got my attention! Talk about making do with what you have on hand! She shares a step-by-step tutorial on how to make Water Pie, a simple no-frills recipe that has a beautiful history of feeding families when times were lean. 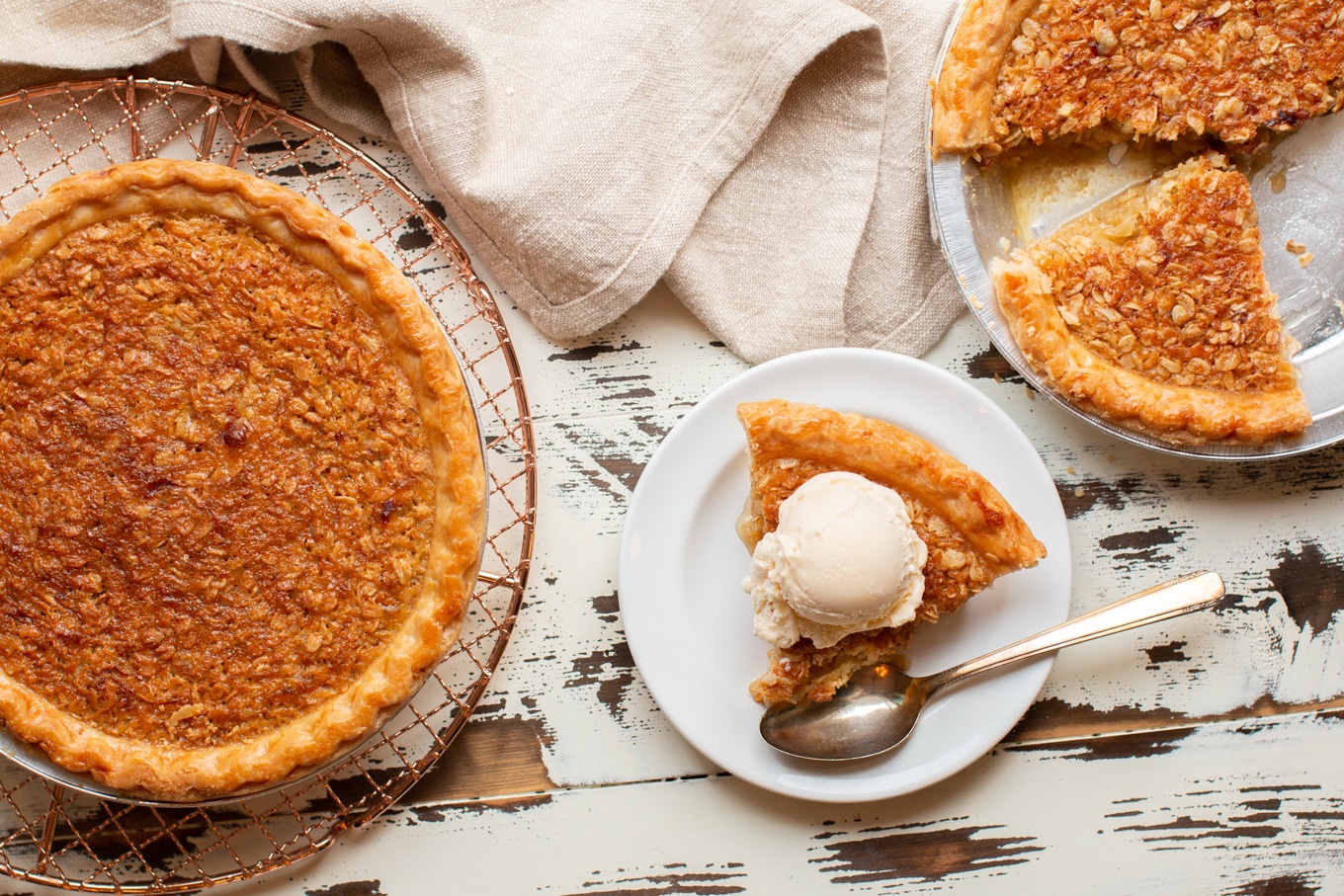 9. Mock Pecan Pie – Vintage Recipe Tin – When nuts were not stocked on the shelves year round like they are today, being able to find and/or afford simple pleasures such as pecan pie were hard to come by. This “mock” pecan pie uses oats in place of pecans, and it’s still frequently cooked today by people who have nut allergies but still want a slice of that golden brown goodness on Thanksgiving day! Sarah from Vintage Recipe Tin steals the show with this beautiful pie! 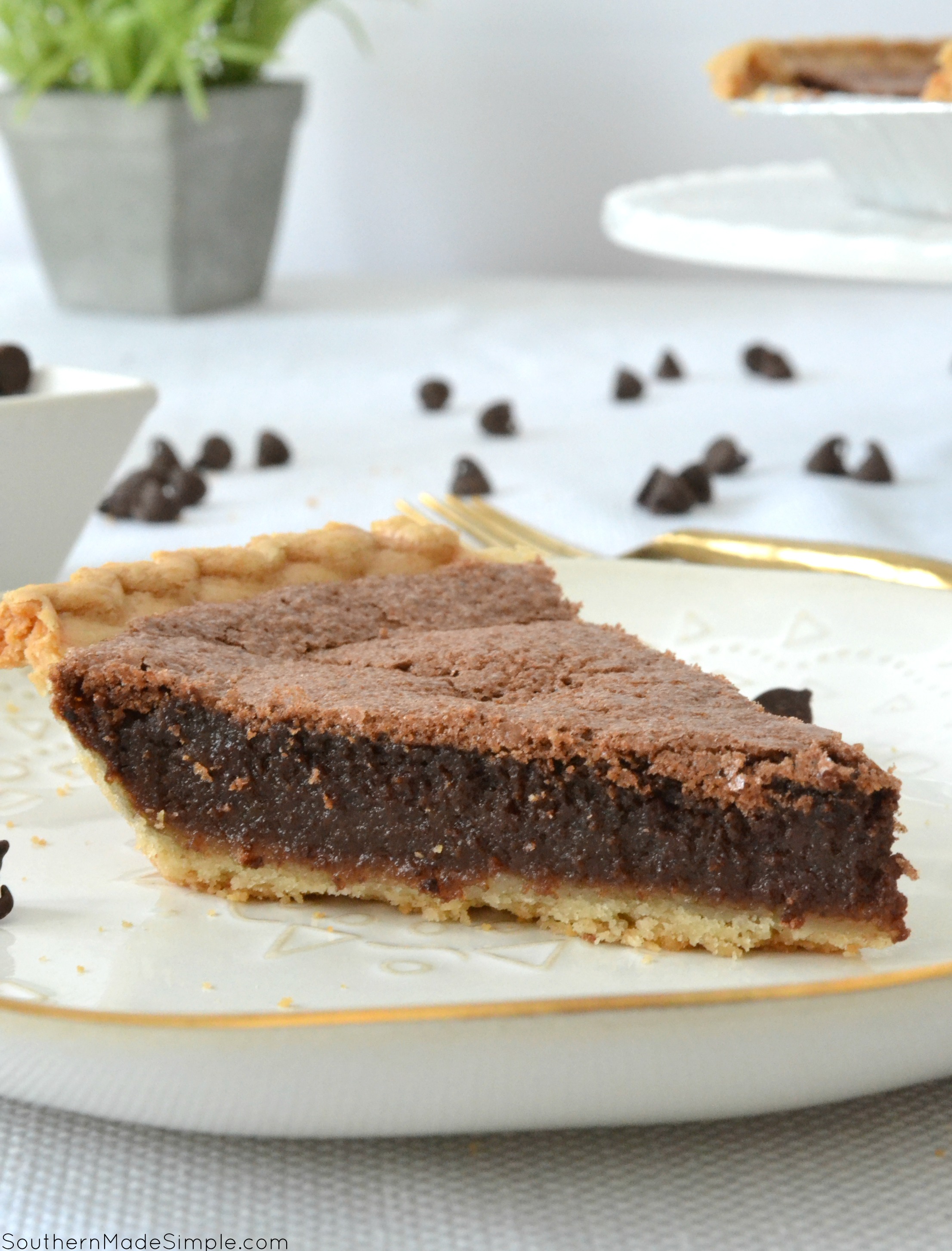 10. Chocolate Fudge Pie – Southern Made Simple – My husband and I recently watched a documentary on Milton Hershey and the profound impact his company and chocolate in general had during The Great Depression. While rations were going out to the troops, he created “meal” replacement bars made with chocolate to feed the people here in the states, and chocolate remained fairly readily available and affordable despite many other foods soaring in price. Chocolate was a food that united our nation during such a difficult time, and chocolate fudge pie was a true treat that triumphed from the difficulties of the 1930’s!

I hope you’re feeling as inspired as I am by the resilience and ingenuity of the women of the great depression to bring forth these culinary masterpieces during the lean times of the era! Do you know of another pie recipe that should make the list from this time in history? Which depression era pie would you like to try first? Leave a comment below and share the love!