What do you get a man that has just about everything? I always find myself scratching my head and asking myself this every year right before Father’s Day. My husband is a hard working man and the father of two little girls. He works tirelessly and loves endlessly, so picking out something special for him to celebrate his role as a father is important to me. He deserves the world, but I’m convinced if he tried to fit one more thing in that workshop of his, the room would bust at the seams and we’d have a big mess on our hands. He’s the king of gadgets and gizmos, and if he doesn’t have it in his shop, I can almost guarantee he’s got a part for it. And if you were to simply ask him, “Is there something special you’d like for Father’s Day?” he’d shrug, say he doesn’t know and that he doesn’t need anything. That’s always really helpful. 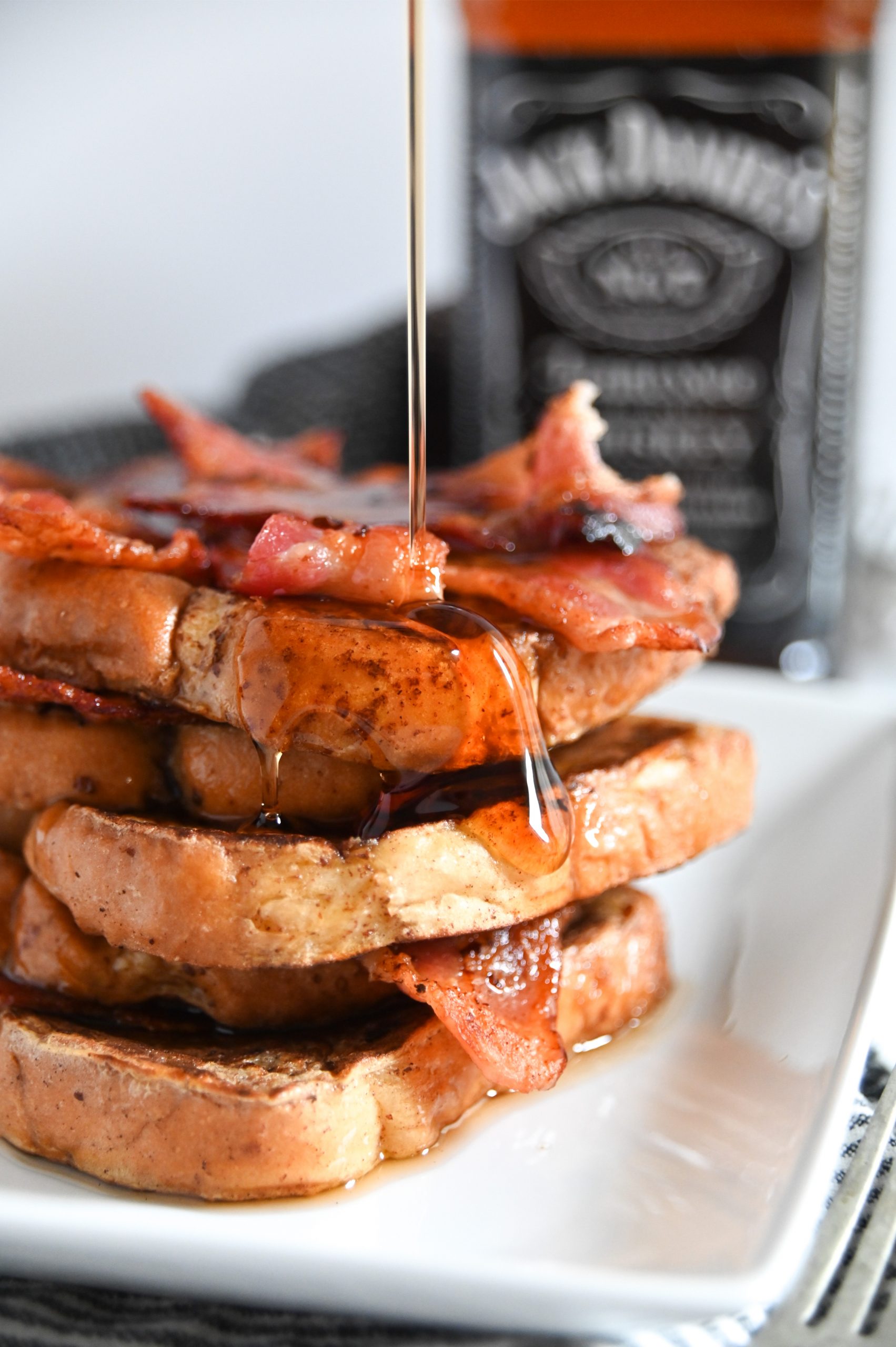 Even though I don’t usually receive a whole lot of clues about what the man wants, I’ve known him long enough to know that starting the day with a really nice breakfast is always guaranteed to make him smile. This tall stack of Bourbon Bacon French Toast is a Father’s Day favorite in our house, and the crispy layers of bacon paired with the bourbon or whiskey infused syrup make a really delicious combination! 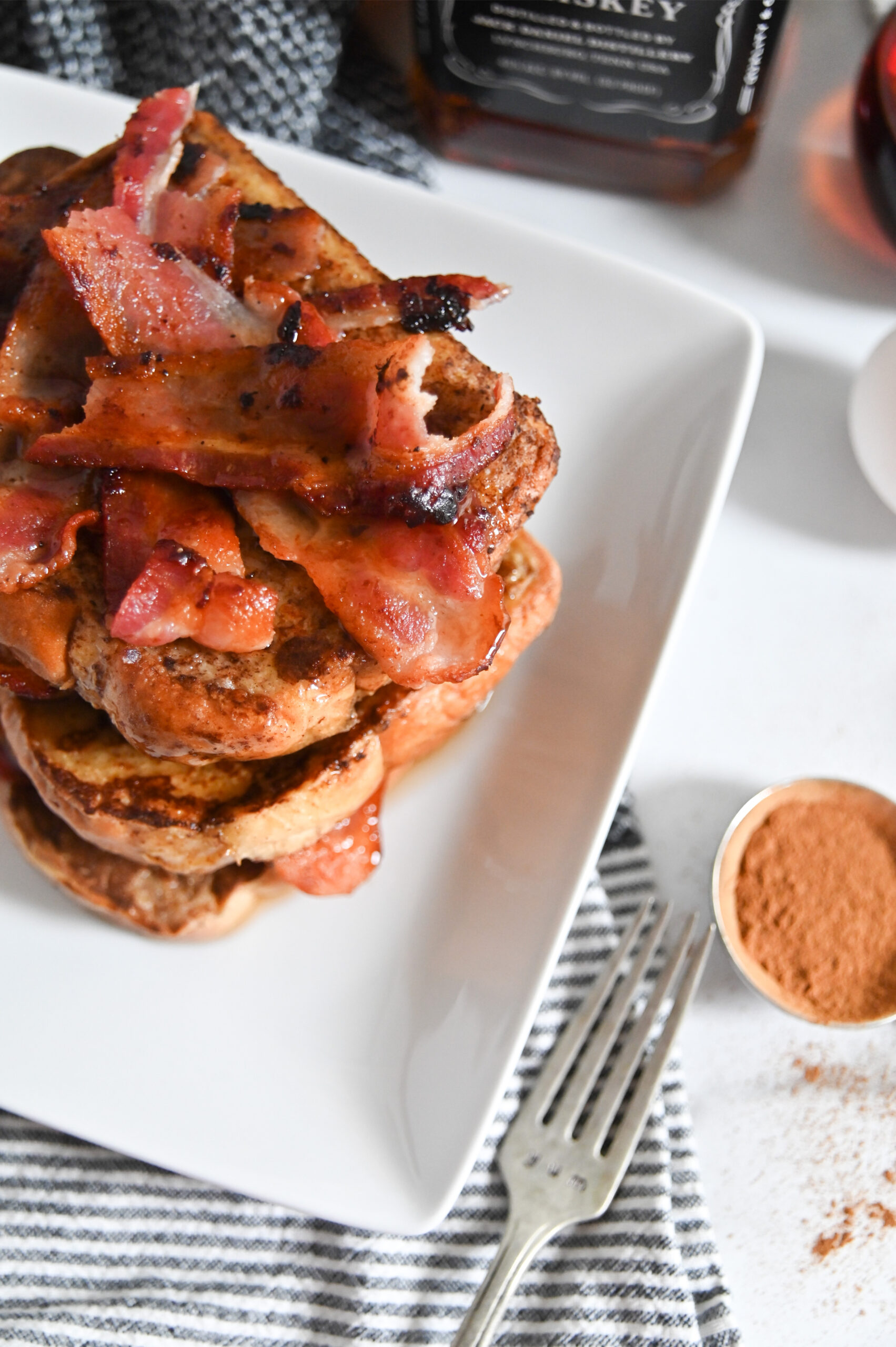 I don’t know many people that don’t perk right up when they hear bacon sizzling in a pan. I use thick cut bacon in this recipe and make sure to cook extra in case there are any leftovers to enjoy the next morning. Bacon seldom makes it to the next day in our house, though. We really love bacon around here.  I also selected an artisan bread that was thick, fluffy and had a beautiful crust on the outside. It soaked up the egg mixture perfectly without making the bread too soggy. 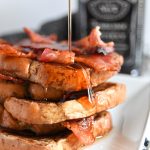 My husband prefers his French toast to be crispy on the outside, so I always pop them in the oven for about 15 minutes after I cook them on the griddle. This is optional, but it gives it a nice touch! You can also change up the amount of bourbon in this recipe or leave it out all together depending on taste preferences. I added a little whiskey to the egg batter, plus added a smidge to the syrup to give it a nice flavor. The amount in this recipe gives a pretty subtle flavor, so you can tone it down or turn it up as you please. 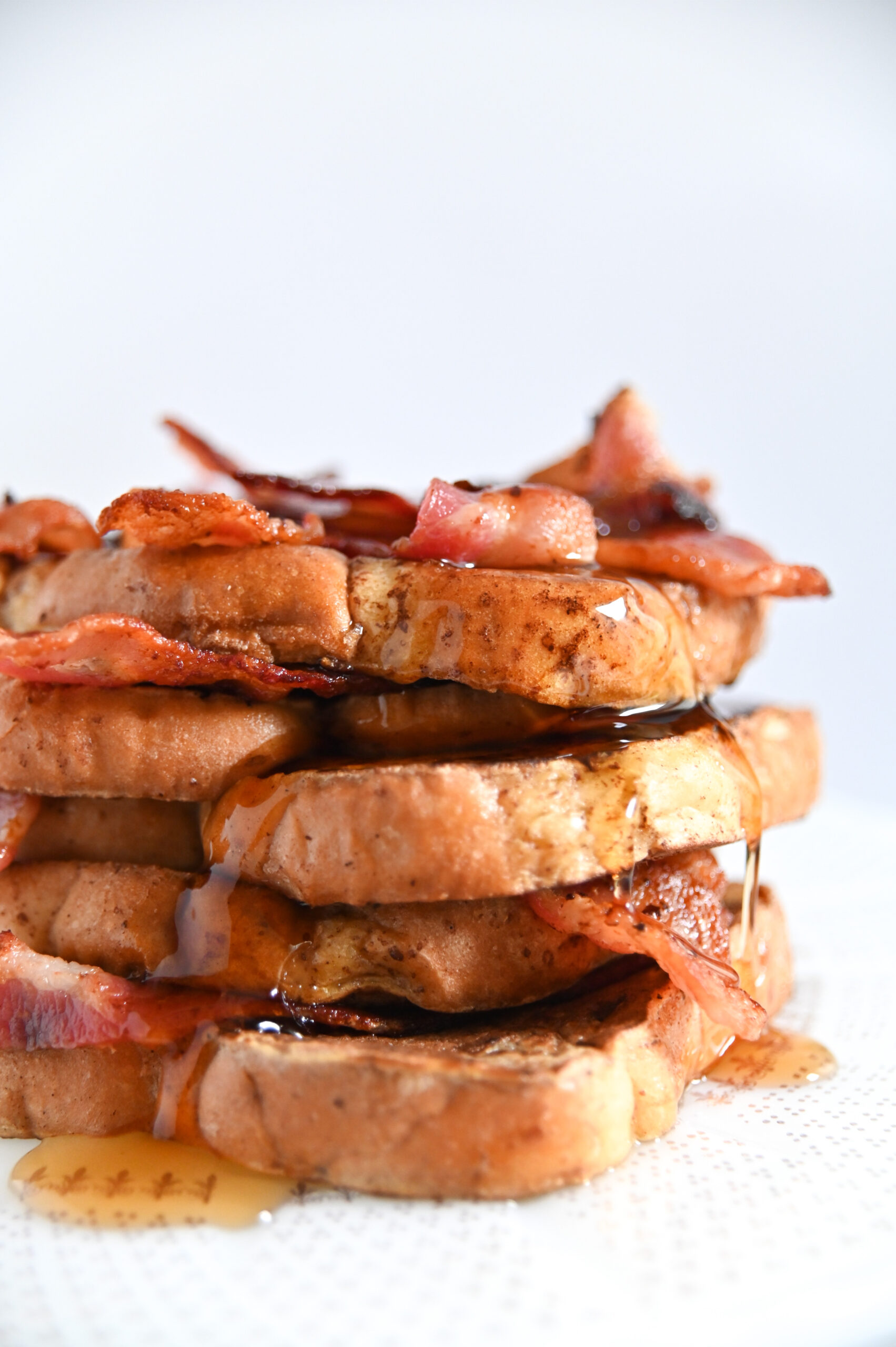 Father’s Day falls on June 20th this year, so don’t forget to mark your calendars! Go ahead and stock up on the bacon and bread a few days in advance so you can sizzle up a nice tall stack of Bacon Bourbon French Toast for Father’s Day breakfast! Even if the father in your household is indecisive about what he wants for his big day, I can almost guarantee he wouldn’t be sad about sitting down to a plate of this French toast!