These Trolls Marshmallow Pops are a hair-tastic way to celebrate all things Trolls with your little ones!

Have you heard about the brand new Trolls movie coming to theaters April 17th, 2020? It’s called Trolls World Tour, and it’s going to be a block buster event of hair-tastic proportions! My 4 year old daughter has been a Trolls fanatic since she was 2 years old, so we’ll definitely be making a stop at our local theater opening weekend to sing, dance, hug and do ALL the Troll things on opening weekend!

Here’s a peek at the trailer if you’re having a hard time containing your excitement like us!

We don’t go to the movies very often, so during the week leading up to a weekend movie trip, I like to incorporate little things related to the movie for us to do together as a family to hype us all up before we head to the big screen. While we’re still several weeks out from release weekend, an idea popped into my head for these Trolls Marshmallow Pops, so I decided to do a trial run to make sure they’d pass my Poppy-lovin’ 4 year old’s approval. 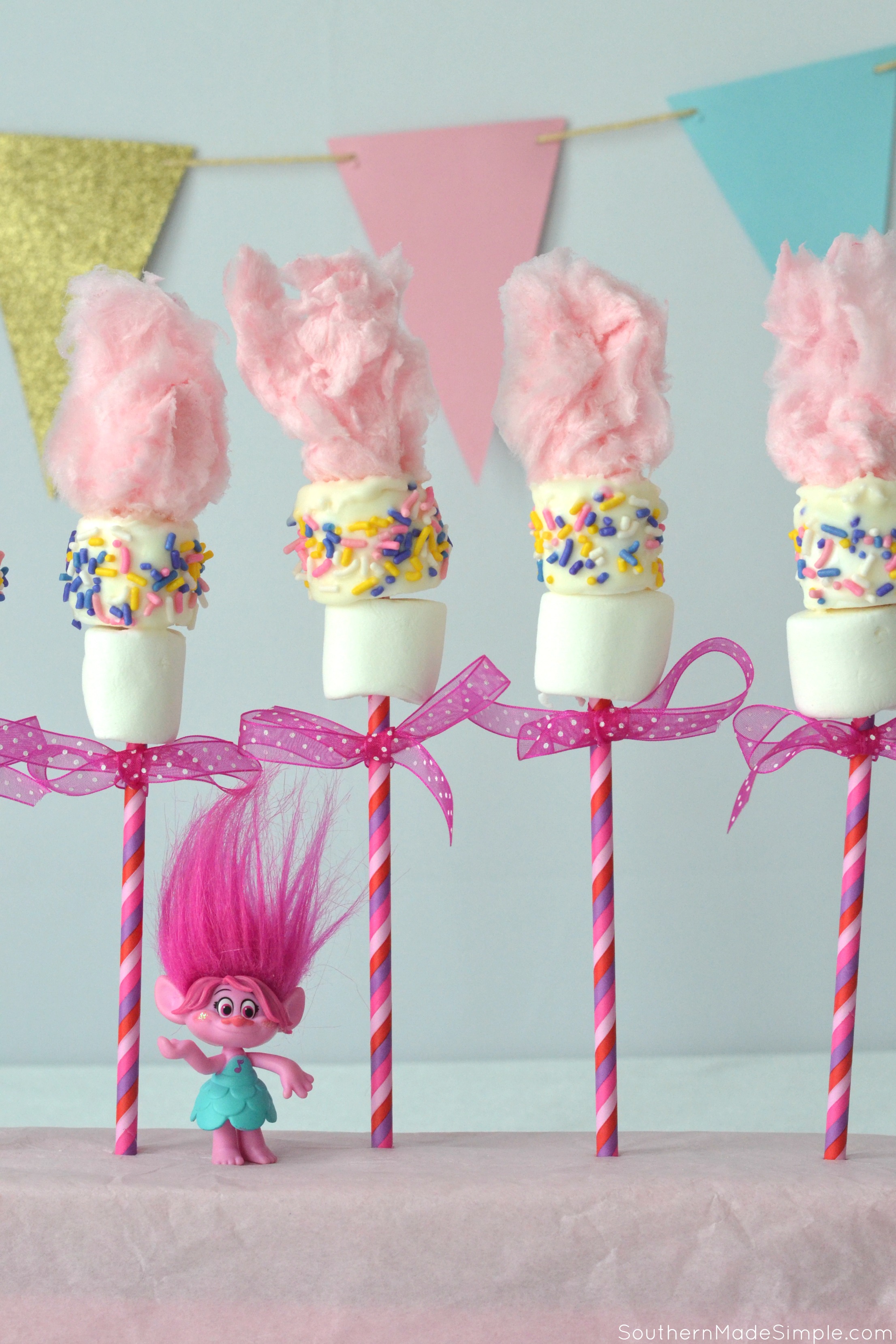 Here’s what you’ll need to make these Trolls Marshmallow Pops: 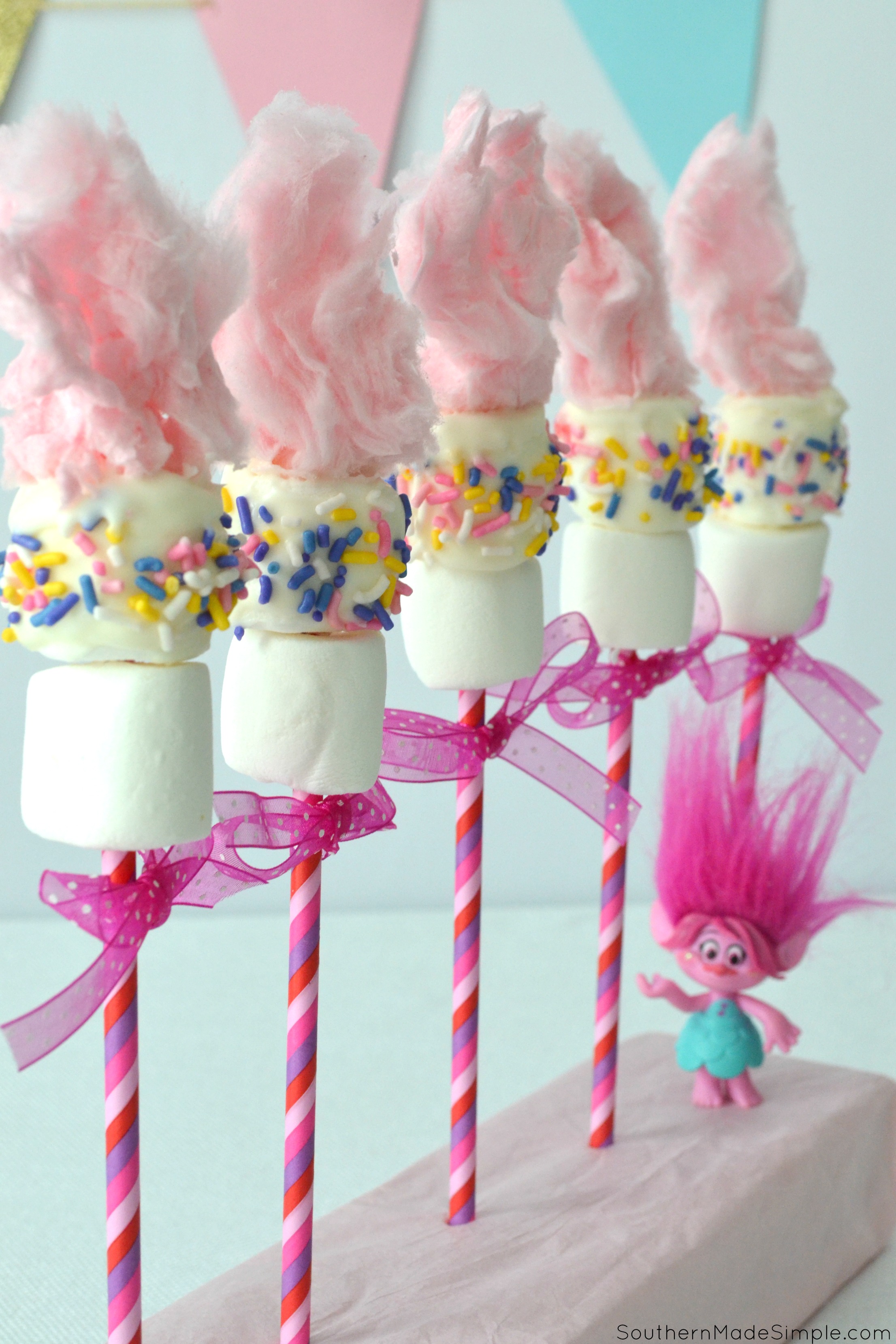 To get started, you’ll want to position two jumbo marshmallows on the tip of a paper straw. Melt the almond bark (you’ll need about 2-3 squares of it) in a microwave safe bowl. Using a spoon, drizzle a small amount of almond bark on the outside of the top marshmallow, being sure to avoid getting the top of the marshmallow wet. Take the spoon and smooth it all over the outside, making sure it’s spread thinly enough that it’s not dripping everywhere. While it’s wet, add sprinkles and allow to dry in an upright position. This should only take a few minutes. Tip: Use a piece of floral foam to hold them upright!